Close encounters of the stellar kind

Stars which pass close to the Sun can perturb the Oort cloud, injecting comets into the inner solar system where they may collide with the Earth. Using van Leeuwen's re-reduction of the Hipparcos data complemented by the original Hipparcos and Tycho-2 catalogues, along with recent radial velocity surveys, I integrate the orbits of over 50 000 stars through the Galaxy to look for close encounters. The search uses a Monte Carlo sampling of the covariance of the data in order to properly characterize the uncertainties in the times, distances, and speeds of the encounters. I show that modelling stellar encounters by assuming instead a linear relative motion produces, for many encounters, inaccurate and biased results. I find 42, 14, and 4 stars which have encounter distances below 2, 1, and 0.5 pc respectively, although some of these stars have questionable data. Of the 14 stars coming within 1 pc, 5 were found by at least one of three previous studies (which found a total of 7 coming within 1 pc). The closest encounter appears to be , a K or M star, which has a 90% probability of coming between 0.04 and 0.20 pc between 240 and 470 kyr from now (90% Bayesian confidence interval). However, its astrometry may be incorrect, in which case the closest encounter found is the K7 dwarf , which has a 90% probability of coming within 0.10-0.44 pc in about 1.3 Myr. A larger perturbation may have been caused by , a G6 giant with a mass of about 2.5 M☉, which came within 0.35-1.34 pc (90% confidence interval) around 3.8 Myr ago. 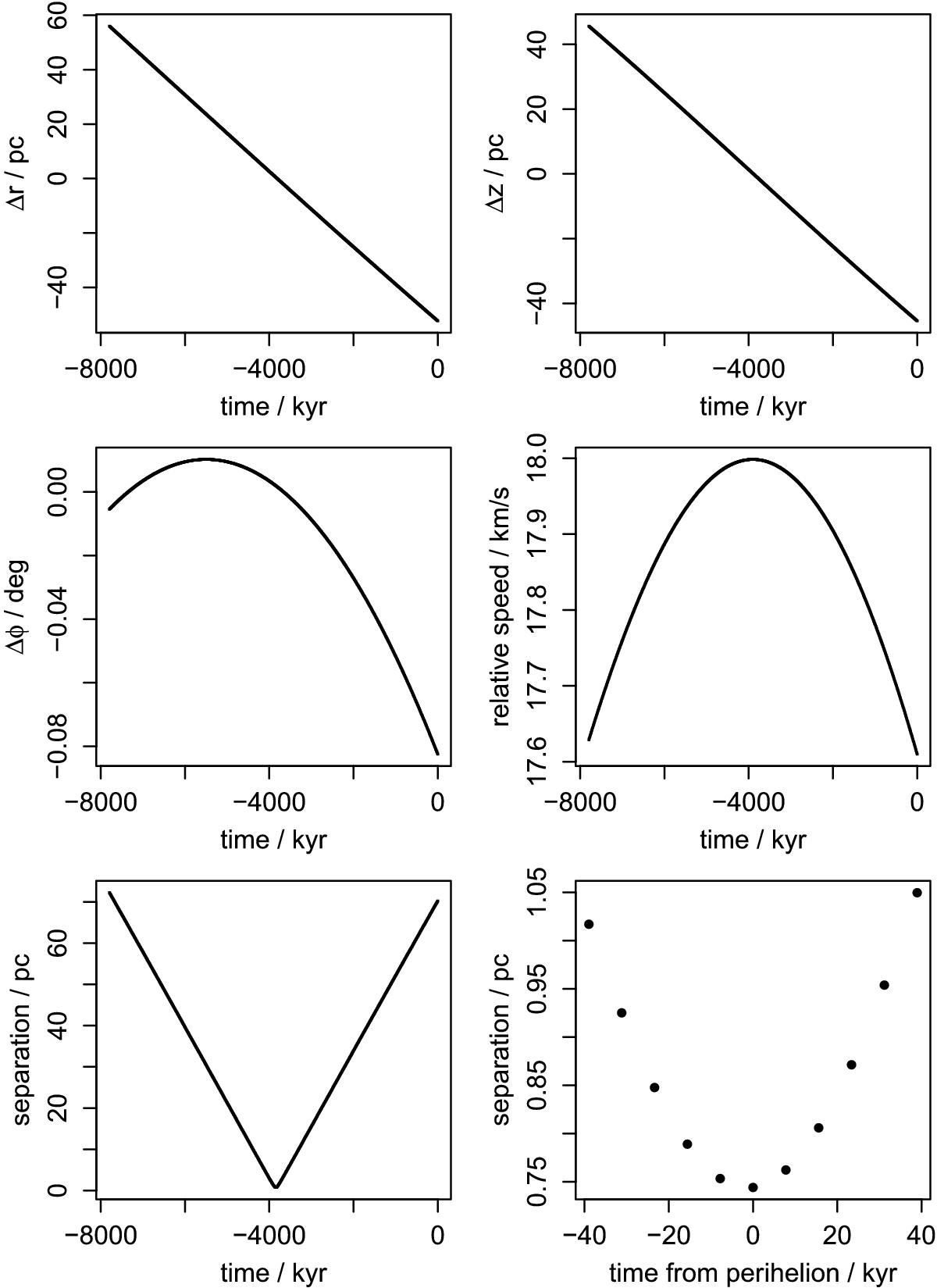