The Gaia-ESO survey: Discovery of a spatially extended low-mass population in the Vela OB2 association

The nearby (distance ~ 350-400 pc), rich Vela OB2 association, includes γ2 Velorum, one of the most massive binaries in the solar neighbourhood and an excellent laboratory for investigating the formation and early evolution of young clusters. Recent Gaia-ESO survey observations have led to the discovery of two kinematically distinct populations in the young (10-15 Myr) cluster immediately surrounding γ2 Velorum. Here we analyse the results of Gaia-ESO survey observations of NGC 2547, a 35 Myr cluster located two degrees south of γ2 Velorum. The radial velocity distribution of lithium-rich pre-main sequence stars shows a secondary population that is kinematically distinct from and younger than NGC 2547. The radial velocities, lithium absorption lines, and the positions in a colour-magnitude diagram of this secondary population are consistent with those of one of the components discovered around γ2 Velorum. This result shows that there is a young, low-mass stellar population spread over at least several square degrees in the Vela OB2 association. This population could have originally been part of a cluster around γ2 Velorum that expanded after gas expulsion or formed in a less dense environment that is spread over the whole Vela OB2 region. 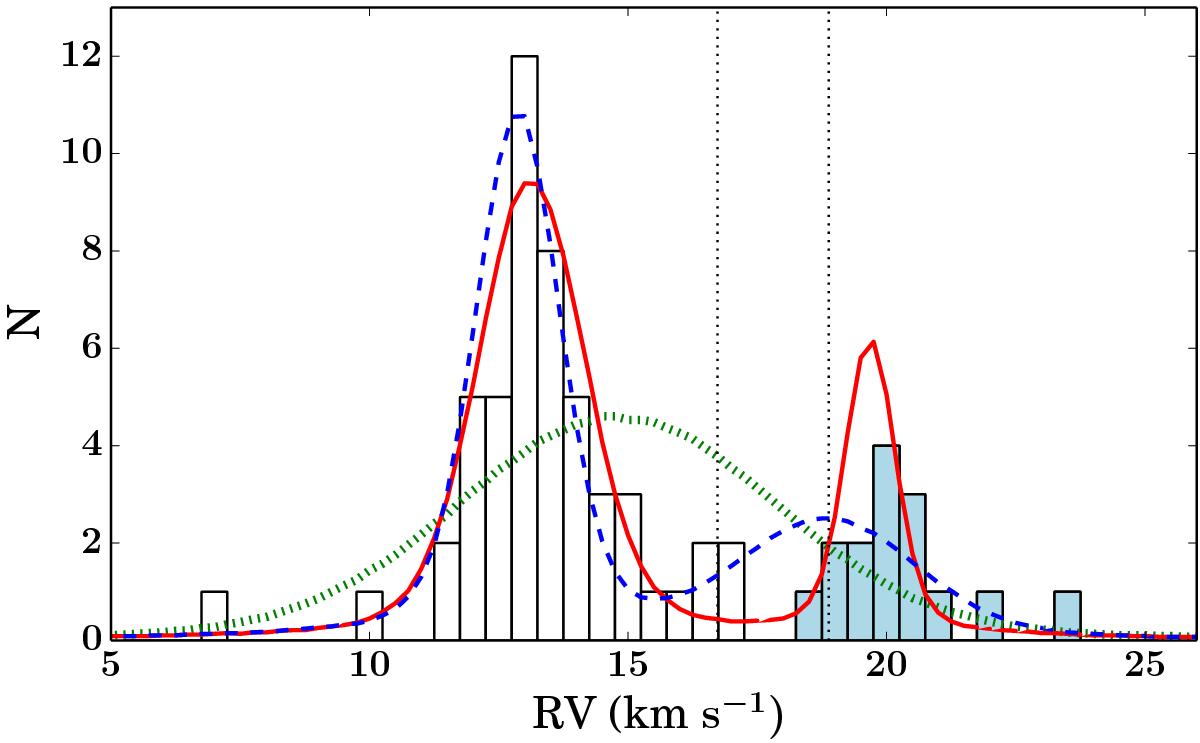