Precise radial velocities of giant stars. VII. Occurrence rate of giant extrasolar planets as a function of mass and metallicity

Context. We have obtained precise radial velocities for a sample of 373 G and K type giants at Lick Observatory regularly over more than 12 years. Planets have been identified around 15 of these giant stars, and an additional 20 giant stars host planet candidates.
Aims: We are interested in the occurrence rate of substellar companions around giant stars as a function of stellar mass and metallicity. We probe the stellar mass range from approximately 1 to beyond 3 M⊙, which is not being explored by main-sequence samples.
Methods: We fit the giant planet occurrence rate as a function of stellar mass and metallicity with a Gaussian and an exponential distribution, respectively.
Results: We find strong evidence for a planet-metallicity correlation among the secure planet hosts of our giant star sample, in agreement with the one for main-sequence stars. However, the planet-metallicity correlation is absent for our sample of planet candidates, raising the suspicion that a good fraction of them might indeed not be planets despite clear periodicities in the radial velocities. Consistent with the literature results for subgiants, the giant planet occurrence rate increases in the stellar mass interval from 1 to 1.9 M⊙. However, there is a maximum at a stellar mass of 1.9+ 0.1-0.5 M⊙, and the occurrence rate drops rapidly for masses larger than 2.5-3.0 M⊙. We do not find any planets around stars more massive than 2.7 M⊙, although there are 113 stars with masses between 2.7 and 5 M⊙ in our sample (corresponding to a giant planet occurrence rate smaller than 1.6% at 68.3% confidence in that stellar mass bin). We also show that this result is not a selection effect related to the planet detectability being a function of the stellar mass.
Conclusions: We conclude that giant planet formation or inward migration is suppressed around higher mass stars, possibly because of faster disk depletion coupled with a longer migration timescale. 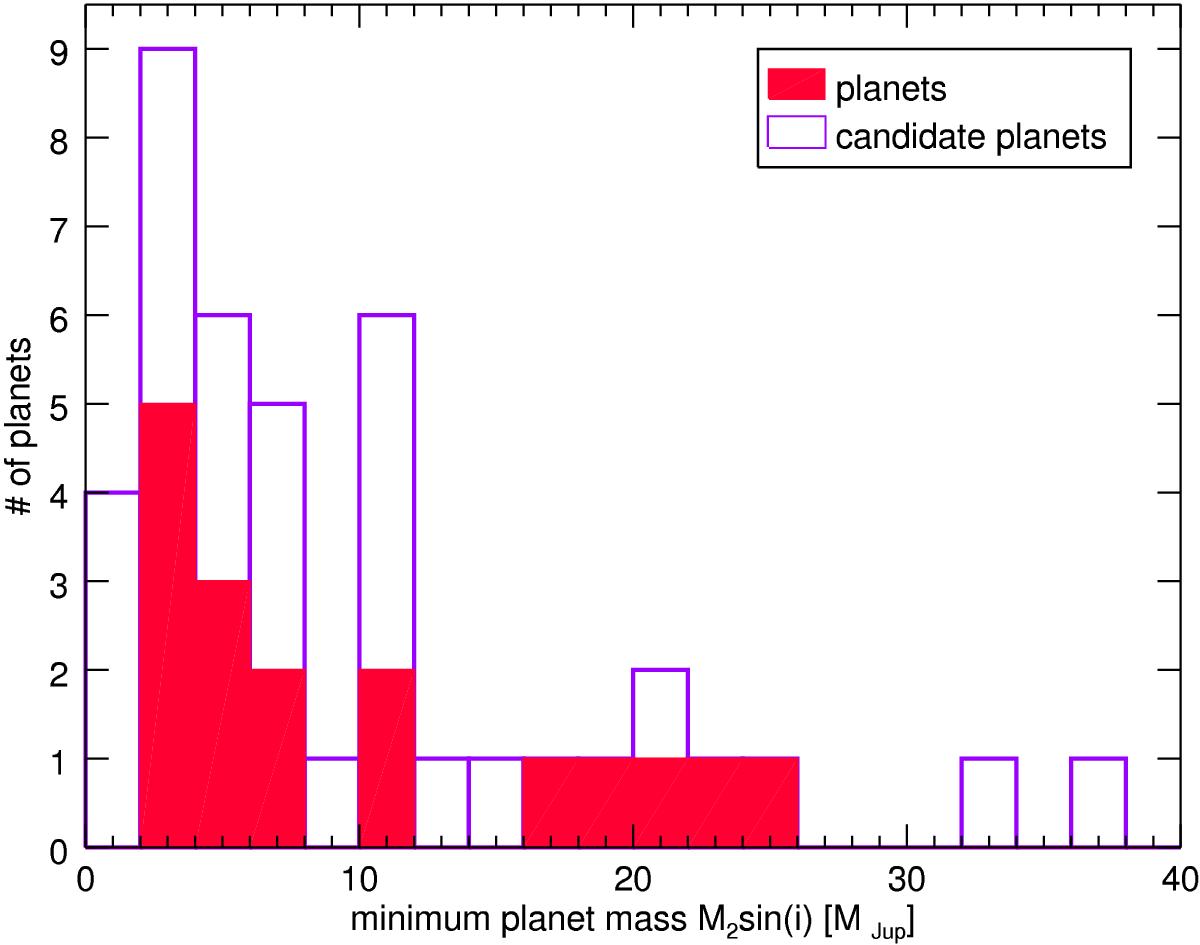