Context. Total masses of six solar prominences were estimated using prominence multi-spectral observations (in EUV, X-rays, Hα, and Ca ii H). The observations were made during the observing campaign from April through June 2011.
Aims: The aim of the work was to apply a complex method for the prominence mass estimations that can be used later for other prominences observed during the observing campaign.
Methods: Our method is based on the fact that intensity of the EUV solar corona at wavelengths below 912 Å is reduced by the absorption in resonance continua of hydrogen and helium (photoionisation) and at the same time also by a deficit of the coronal emissivity in volume occupied by the cool prominence plasma. Both mechanisms contribute to intensity decrease simultaneously. The observations in X-rays allow us to separate these mechanisms from each other. Coronal emission behind a prominence is not estimated by any temporal or spatial interpolation, but by using a new method based on comparing the ratio of the optical thickness at 193 Å and 211 Å determined from the observations with the theoretical ratio.
Results: Values of the total mass estimated for six prominences are between 2.9 × 1011 and 1.7 × 1012 kg. The column density of hydrogen is of the order of 1018-1019 cm-2. Our results agree with results of other authors.
Conclusions: The method is now ready to be used for all 30 prominences observed during the campaign. Then in the near future it will be possible to obtain a statistics of the total mass of quiescent solar prominences. 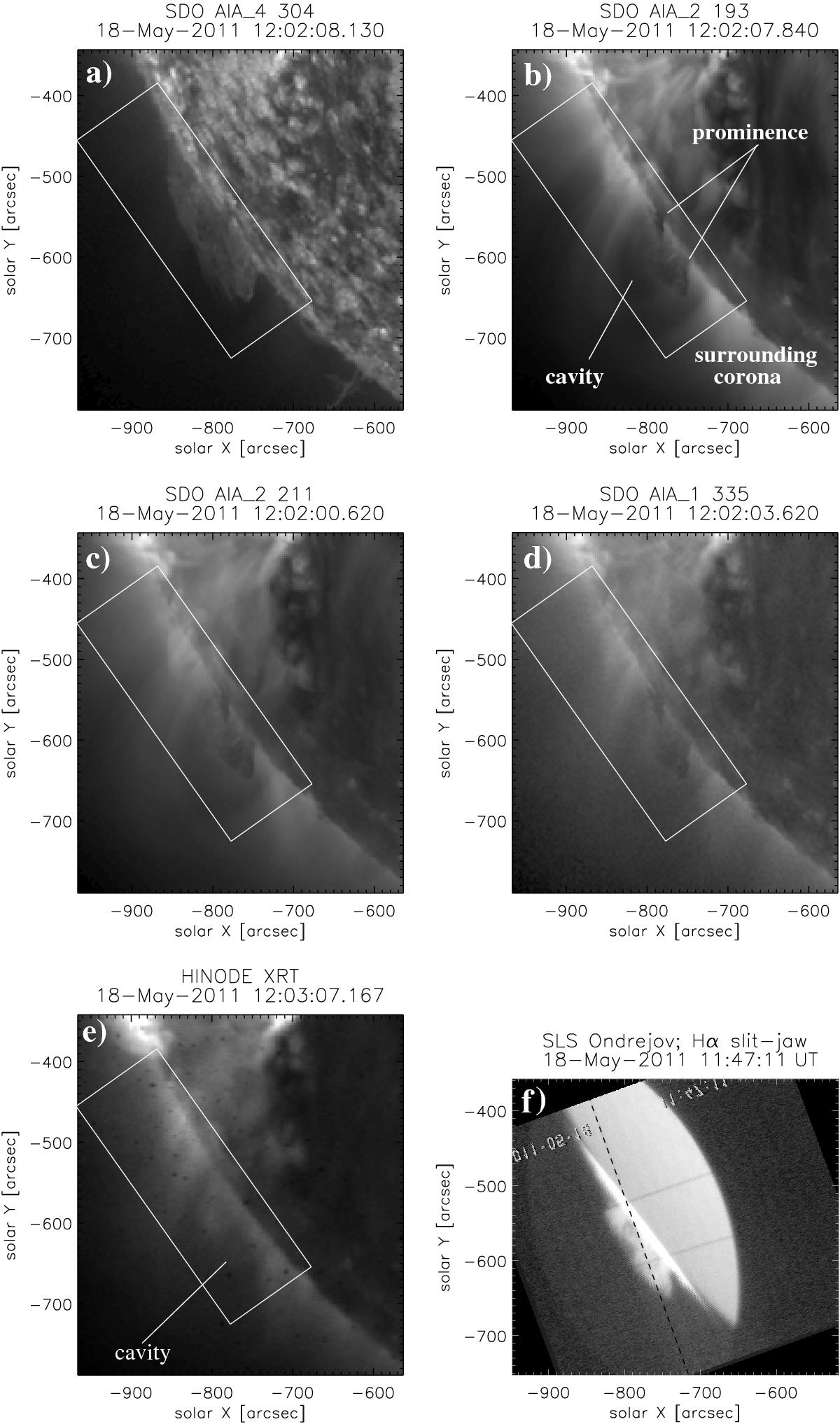