We study the spatial distribution and evolution of the slope of the emission measure (EM) between 1 MK and 3 MK in the core of the active region (AR) NOAA 11193, first when it appeared near the central meridian and then again when it reappeared after a solar rotation. We use observations recorded by the Extreme-ultraviolet Imaging Spectrometer (EIS) aboard Hinode, with a new radiometric calibration. We also use observations from the Atmospheric Imaging Assembly (AIA) aboard the Solar Dynamics Observatory (SDO). We present the first spatially resolved maps of the EM slope in the 1-3 MK range within the core of the AR using several methods, either from approximations or from the differential emission measure (DEM). A significant variation of the slope is found at different spatial locations within the active region. We selected two regions that were not greatly affected by lower temperature emission along the line of sight. We found that the EM had a power law of the form EM ∝ Tb, with b = 4.4 ± 0.4, and 4.6 ± 0.4, during the first and second appearance of the active region, respectively. During the second rotation, line-of-sight effects become more important, although difficult to estimate. We found that the use of the ground calibration for Hinode/EIS and the approximate method to derive the EM, used in previous publications, produce an underestimation of the slopes. The EM distribution in active region cores is generally found to be consistent with high frequency heating, and does not change much during the evolution of the active region. 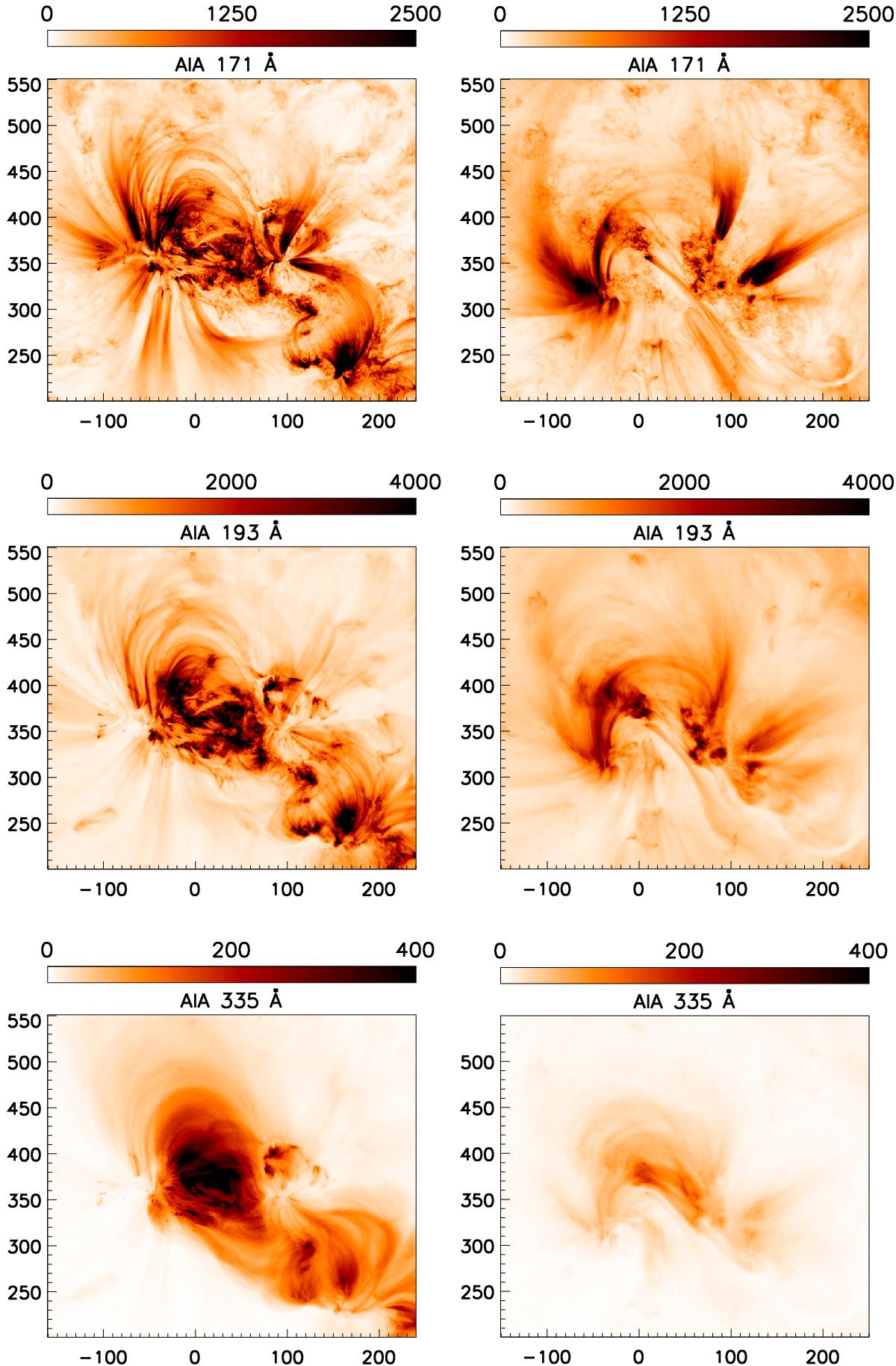