Aims: In this paper, we present the analysis of time-series observations from 2013 and 2014 of five metal-rich ([Fe/H] > -1) globular clusters: NGC 6388, NGC 6441, NGC 6528, NGC 6638, and NGC 6652. The data have been used to perform a census of the variable stars in the central parts of these clusters.
Methods: The observations were made with the electron-multiplying charge-couple device (EMCCD) camera at the Danish 1.54 m Telescope at La Silla, Chile, and they were analysed using difference image analysis to obtain high-precision light curves of the variable stars.
Results: It was possible to identify and classify all of the previously known or suspected variable stars in the central regions of the five clusters. Furthermore, we were able to identify and, in most cases, classify 48, 49, 7, 8, and 2 previously unknown variables in NGC 6388, NGC 6441, NGC 6528, NGC 6638, and NGC 6652, respectively. Especially interesting is the case of NGC 6441, for which the variable star population of about 150 stars has been thoroughly examined by previous studies, including a Hubble Space Telescope study. In this paper we are able to present 49 new variable stars for this cluster, of which one (possibly two) are RR Lyrae stars, two are W Virginis stars, and the rest are long-period semi-regular or irregular variables on the red giant branch. We have also detected the first double-mode RR Lyrae in the cluster. 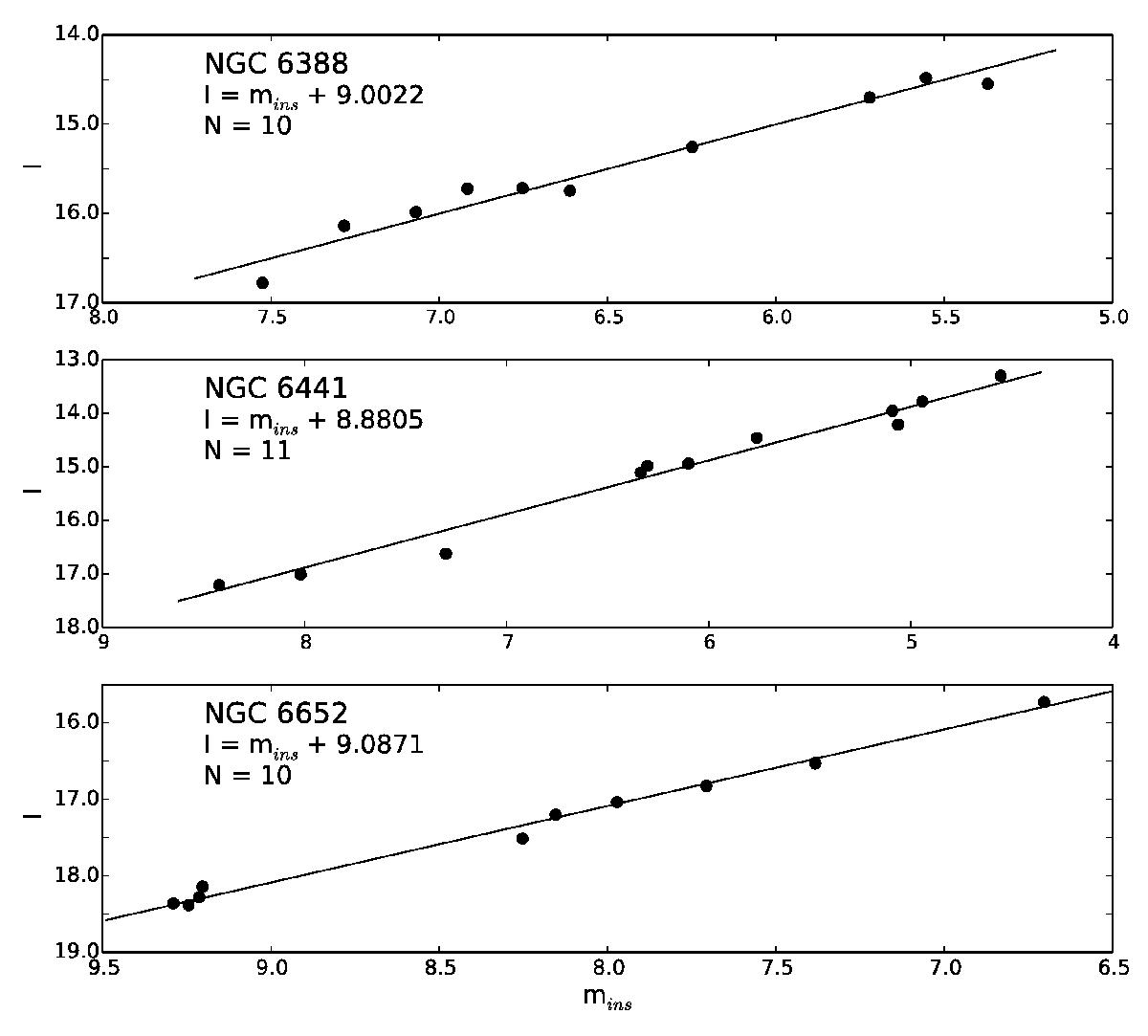