Ionized gas kinematics of galaxies in the CALIFA survey. I. Velocity fields, kinematic parameters of the dominant component, and presence of kinematically distinct gaseous systems

Context. Ionized gas kinematics provide important clues to the dynamical structure of galaxies and hold constraints to the processes driving their evolution.
Aims: The motivation of this work is to provide an overall characterization of the kinematic behavior of the ionized gas of the galaxies included in the Calar Alto Legacy Integral field Area (CALIFA), offering kinematic clues to potential users of the CALIFA survey for including kinematical criteria in their selection of targets for specific studies. From the first 200 galaxies observed by CALIFA survey in its two configurations, we present the two-dimensional kinematic view of the 177 galaxies satisfaying a gas content/detection threshold.
Methods: After removing the stellar contribution, we used the cross-correlation technique to obtain the radial velocity of the dominant gaseous component for each spectrum in the CALIFA data cubes for different emission lines (namely, [O ii] λλ3726,3729, [O iii] λλ4959,5007, Hα+[N ii] λλ6548,6584, and [SII]λλ6716,6730). The main kinematic parameters measured on the plane of the sky were directly derived from the radial velocities with no assumptions on the internal prevailing motions. Evidence of the presence of several gaseous components with different kinematics were detected by using [O iii] λλ4959,5007 emission line profiles.
Results: At the velocity resolution of CALIFA, most objects in the sample show regular velocity fields, although the ionized-gas kinematics are rarely consistent with simple coplanar circular motions. Thirty-five percent of the objects present evidence of a displacement between the photometric and kinematic centers larger than the original spaxel radii. Only 17% of the objects in the sample exhibit kinematic lopsidedness when comparing receding and approaching sides of the velocity fields, but most of them are interacting galaxies exhibiting nuclear activity (AGN or LINER). Early-type (E+S0) galaxies in the sample present clear photometric-kinematic misaligments. There is evidence of asymmetries in the emission line profiles in 117 out of the 177 analyzed galaxies, suggesting the presence of kinematically distinct gaseous components located at different distances from the optical nucleus. The kinematic decoupling between the dominant and secondary component/s suggested by the observed asymmetries in the profiles can be characterized by a limited set of parameters.
Conclusions: This work constitutes the first determination of the ionized gas kinematics of the galaxies observed in the CALIFA survey. The derived velocity fields, the reported kinematic distortions/peculiarities and the identification of the presence of several gaseous components in different regions of the objects might be used as additional criteria for selecting galaxies for specific studies.

Based on observations collected at the Centro Astronmico Hispano Alemn (CAHA) at Calar Alto, operated jointly by the Max-Planck Institut für Astronomie and the Instituto de Astrofísica de Andalucía (CSIC).Appendices are available in electronic form at http://www.aanda.org 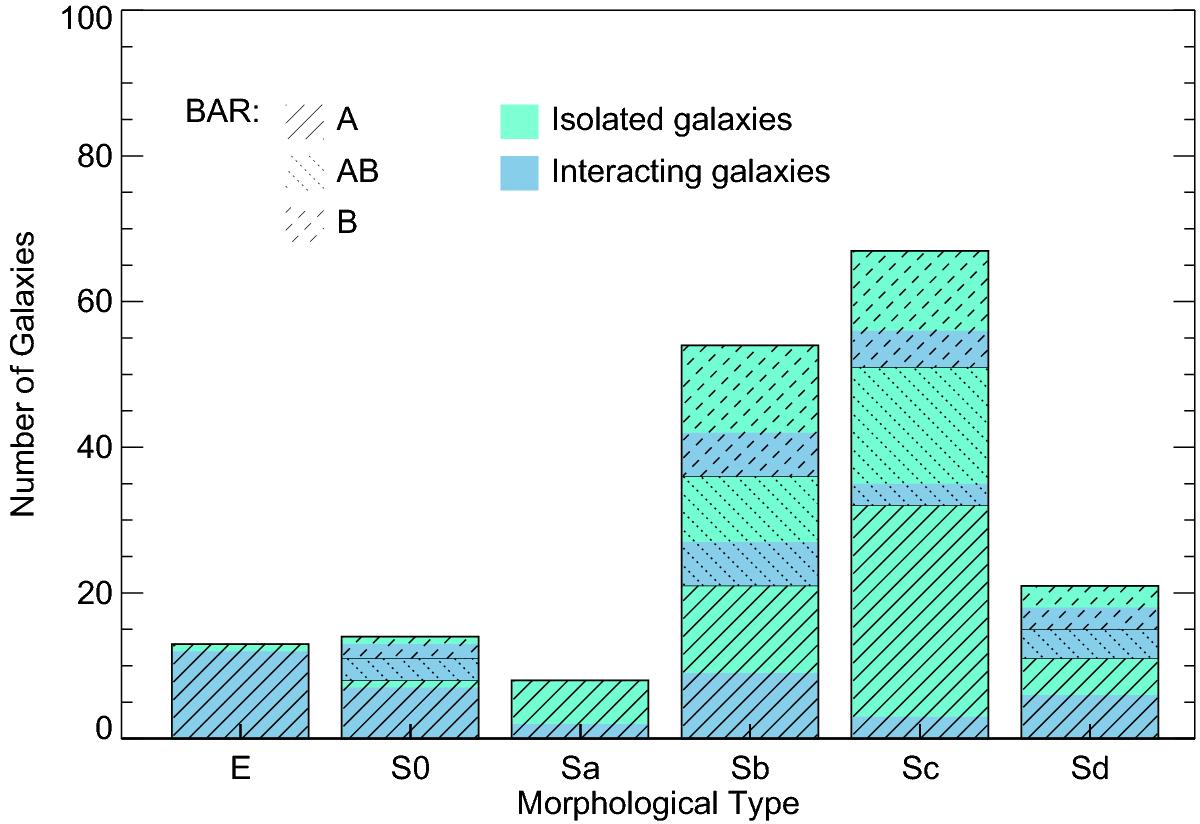