Context. The imaging sharpness of an X-ray telescope is chiefly determined by the optical quality of its focusing optics, which in turn mostly depends on the shape accuracy and the surface finishing of the grazing-incidence X-ray mirrors that compose the optical modules. To ensure the imaging performance during the mirror manufacturing, a fundamental step is predicting the mirror point spread function (PSF) from the metrology of its surface. Traditionally, the PSF computation in X-rays is assumed to be different depending on whether the surface defects are classified as figure errors or roughness. This classical approach, however, requires setting a boundary between these two asymptotic regimes, which is not known a priori.
Aims: The aim of this work is to overcome this limit by providing analytical formulae that are valid at any light wavelength, for computing the PSF of an X-ray mirror shell from the measured longitudinal profiles and the roughness power spectral density, without distinguishing spectral ranges with different treatments.
Methods: The method we adopted is based on the Huygens-Fresnel principle for computing the diffracted intensity from measured or modeled profiles. In particular, we have simplified the computation of the surface integral to only one dimension, owing to the grazing incidence that reduces the influence of the azimuthal errors by orders of magnitude. The method can be extended to optical systems with an arbitrary number of reflections - in particular the Wolter-I, which is frequently used in X-ray astronomy - and can be used in both near- and far-field approximation. Finally, it accounts simultaneously for profile, roughness, and aperture diffraction.
Results: We describe the formalism with which one can self-consistently compute the PSF of grazing-incidence mirrors, and we show some PSF simulations including the UV band, where the aperture diffraction dominates the PSF, and hard X-rays where the X-ray scattering has a major impact on the PSF degradation. The results are validated with ray-tracing simulations, or by comparison with the analytical computation of the half-energy width based on the known scattering theory, where these approaches are applicable. Finally, we validate this by comparing the simulated PSF of a real Wolter-I mirror shell with the measured PSF in hard X-rays. 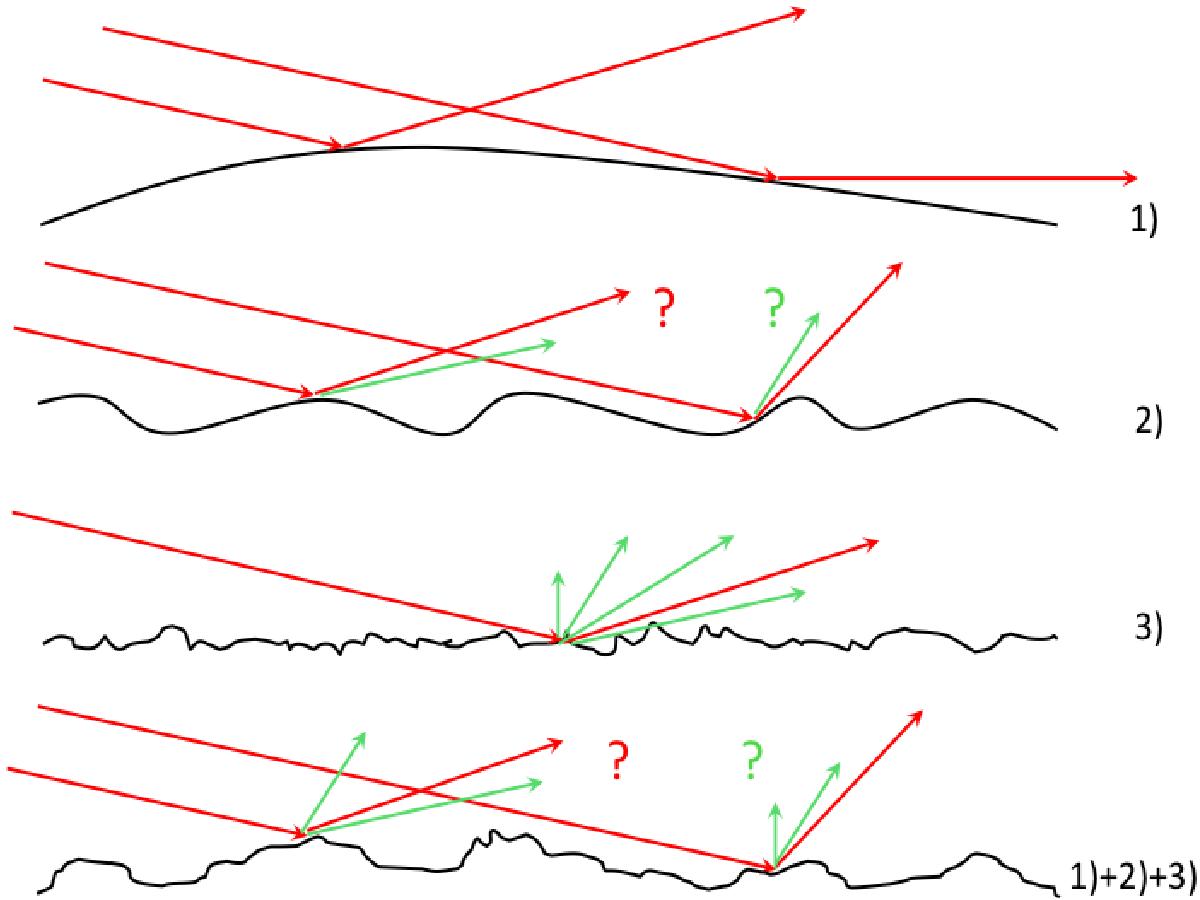