Context. Blue stragglers are easy to identify in globular clusters, but are much harder to identify in the field. Here we present the serendipitous discovery of one field blue straggler, HIP 10725, that closely matches the Sun in mass and age, but with a metallicity slightly lower than solar.
Aims: We characterise the solar twin/analogue HIP 10725 to assess whether this star is a blue straggler.
Methods: We employed spectra with high resolution (R ~ 105) and high signal-to-noise ratio (330) obtained with UVES at the VLT to perform a differential abundance analysis of the solar analogue HIP 10725. Radial velocities obtained by other instruments were also used to check for binarity. We also studied its chromospheric activity, age, and rotational velocity.
Results: HIP 10725 is severely depleted in beryllium ([ Be/H ] ≤ -1.2 dex) for its stellar parameters and age. The abundances relative to solar of the elements with Z ≤ 30 show a correlation with condensation temperature, and the neutron capture elements produced by the s-process are greatly enhanced, while the r-process elements seem normal. We found its projected rotational velocity (vsini = 3.3 ± 0.1 km s-1) to be significantly higher than solar and incompatible with its isochrone-derived age. Radial velocity monitoring shows that the star has a binary companion.
Conclusions: Based on the high s-process element enhancements and low beryllium abundance, we suggest that HIP 10725 has been polluted by mass transfer from an AGB star that probably had an initial mass of about 2 M⊙. The radial velocity variations suggest the presence of an unseen binary companion, probably the remnant of a former AGB star. Isochrones predict a solar-age star, but this disagrees with the high projected rotational velocity and high chromospheric activity. We conclude that HIP 10725 is a field blue straggler, rejuvenated by the mass-transfer process of its former AGB companion. 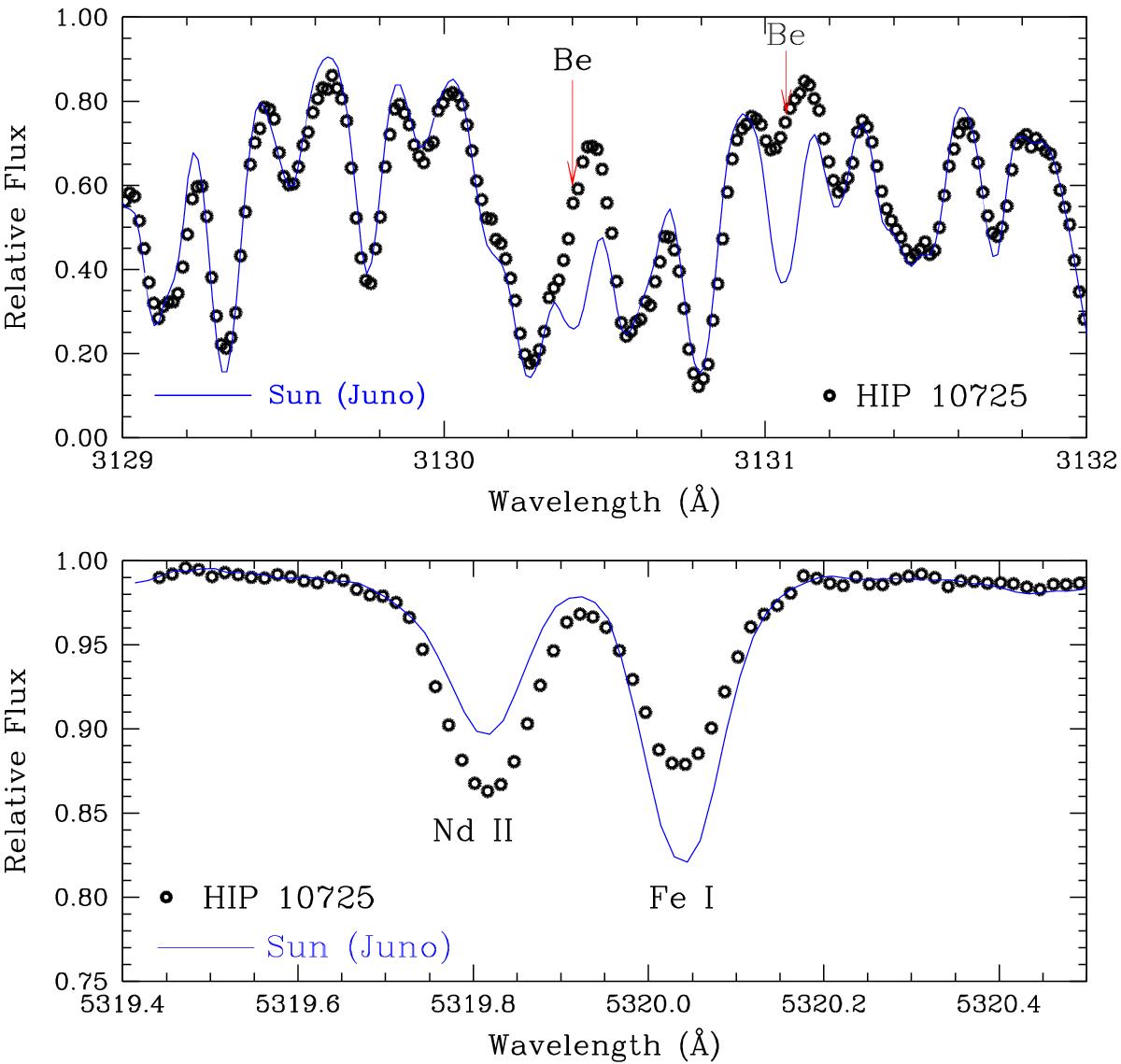