KMOS view of the Galactic centre. I. Young stars are centrally concentrated

Context. The Galactic centre hosts a crowded, dense nuclear star cluster with a half-light radius of 4 pc. Most of the stars in the Galactic centre are cool late-type stars, but there are also ≳100 hot early-type stars in the central parsec of the Milky Way. These stars are only 3-8 Myr old.
Aims: Our knowledge of the number and distribution of early-type stars in the Galactic centre is incomplete. Only a few spectroscopic observations have been made beyond a projected distance of 0.5 pc of the Galactic centre. The distribution and kinematics of early-type stars are essential to understand the formation and growth of the nuclear star cluster.
Methods: We cover the central >4 pc2 (0.75 sq. arcmin) of the Galactic centre using the integral-field spectrograph KMOS (VLT). We extracted more than 1000 spectra from individual stars and identified early-type stars based on their spectra.
Results: Our data set contains 114 bright early-type stars: 6 have narrow emission lines, 23 are Wolf-Rayet stars, 9 stars have featureless spectra, and 76 are O/B type stars. Our wide-field spectroscopic data confirm that the distribution of young stars is compact, with 90% of the young stars identified within 0.5 pc of the nucleus. We identify 24 new O/B stars primarily at large radii. We estimate photometric masses of the O/B stars and show that the total mass in the young population is ≳12 000 M☉. The O/B stars all appear to be bound to the Milky Way nuclear star cluster, while less than 30% belong to the clockwise rotating disk. We add one new star to the sample of stars affiliated with this disk.
Conclusions: The central concentration of the early-type stars is a strong argument that they have formed in situ. An alternative scenario, in which the stars formed outside the Galactic centre in a cluster that migrated to the centre, is refuted. A large part of the young O/B stars is not on the disk, which either means that the early-type stars did not all form on the same disk or that the disk is dissolving rapidly.

Based on observations collected at the European Organisation for Astronomical Research in the Southern Hemisphere, Chile (60.A-9450(A)).Appendices are available in electronic form at http://www.aanda.orgThe extracted spectra as FITS files are only available at the CDS via anonymous ftp to http://cdsarc.u-strasbg.fr (ftp://130.79.128.5) or via http://cdsarc.u-strasbg.fr/viz-bin/qcat?J/A+A/584/A2 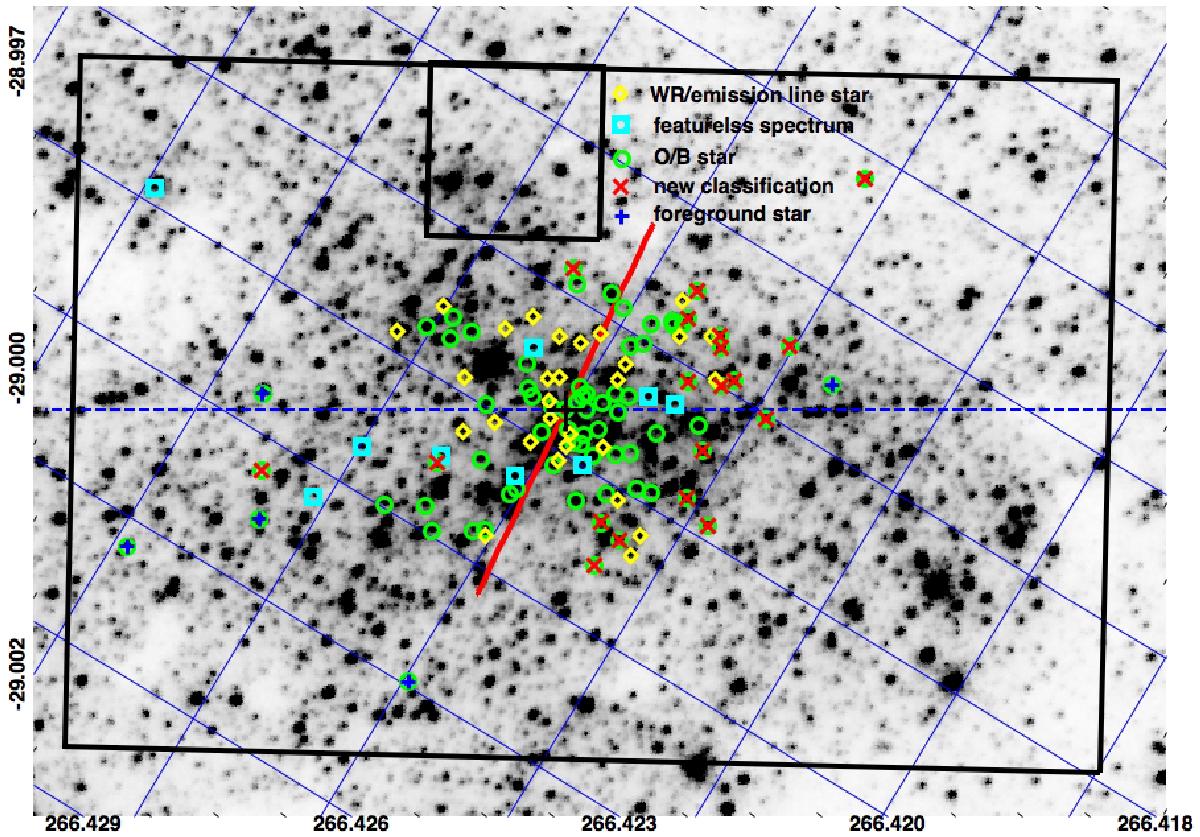