Context. This paper is part of a larger project in which we systematically study the chemical abundances of extra-galactic post-asymptotic giant branch (post-AGB) stars. The aim of our programme is to derive chemical abundances of stars covering a large range in luminosity and metallicity with the ultimate goal of testing, constraining, and improving our knowledge of the poorly understood AGB phase, especially the third dredge-up mixing processes and associated s-process nucleosynthesis.
Aims: Post-AGB photospheres are dominated by atomic lines and indicate the effects of internal chemical enrichment processes over the entire stellar lifetime. In this paper, we study two carefully selected post-AGB stars: J051213.81-693537.1 and J051848.86-700246.9 in the Large Magellanic Cloud (LMC). Both objects show signs of s-process enhancement. The combination of favourable atmospheric parameters for detailed abundance studies and their known distances (and hence luminosities and initial masses) make these objects ideal probes of the AGB third dredge-up and s-process nucleosynthesis in that they provide observational constraints for theoretical AGB models.
Methods: We use high-resolution optical UVES spectra to determine accurate stellar parameters and subsequently perform detailed elemental abundance studies of post-AGB stars. Additionally, we use available photometric data covering optical and IR bands to construct spectral energy distributions for reddening and luminosity determinations. We then estimate initial masses from theoretical post-AGB tracks.
Results: We obtained accurate atmospheric parameters for J051213.81-693537.1 (Teff = 5875 ± 125 K, log g = 1.00 ± 0.25 dex, [Fe/H] = -0.56 ± 0.16 dex) and J051848.86-700246.9 (Teff = 6000 ± 125 K, log g = 0.50 ± 0.25 dex, [Fe/H] = -1.06 ± 0.17 dex). Both stars show extreme s-process enrichment associated with relatively low C/O ratios of 1.26 ± 0.40 and 1.29 ± 0.30 for J051213-693537.1 and J051848-700246.9, respectively. We could only derive upper limits of the lead (Pb) abundance. These upper limits show a possible very slight Pb overabundance with respect to heavy s-elements for J051213-693537.1, while J051848-700246.9 shows an upper limit of the Pb abundance similar to [hs/Fe]. A comparison with theoretical post-AGB evolutionary tracks in the HR-diagram reveals that both stars have low initial masses between 1.0 and 1.5 M⊙.
Conclusions: This study adds to the results obtained so far on a very limited number of s-process enriched stars in the Magellanic Clouds. With the addition of the two stars in this study, we find an increasing discrepancy between observed and predicted Pb abundances towards lower metallicities of the studied s-process rich post-AGB stars in the Magellanic Clouds. The more metal-rich J051213-693537.1 fits the theoretical Pb abundance predictions well, while the five other objects with [Fe/H] < 1, including J051848-700246.9, have much lower Pb overabundances than predicted. In all objects found so far, including the objects in this study, the C/O ratio is very moderate because of the enhancement of O as well as C. We find that all s-process rich stars in the LMC and SMC studied so far, cluster in the same region of the HR-diagram and are associated with low-mass stars with a low metallicity on average. We corroborate the published lack of correlation between the metallicity and the neutron irradiation, while the neutron exposure ([hs/ls]) is strongly correlated with the third dredge-up efficiency ([s/Fe]). These correlations seem to hold in our Galaxy as well as in the Magellanic Clouds. 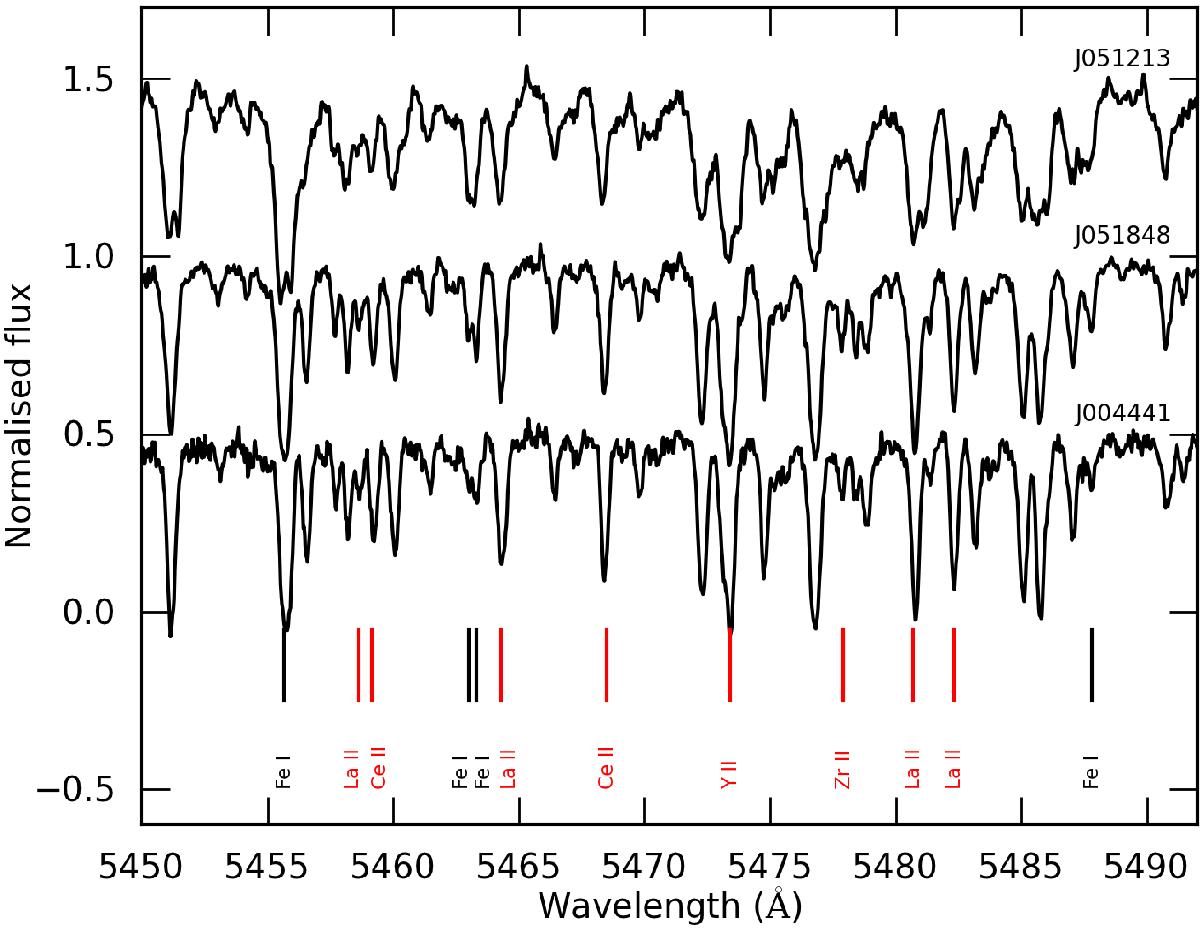