Redistribution of particles across the nucleus of comet 67P/Churyumov-Gerasimenko

Context. We present an investigation of the surface properties of areas on the nucleus of comet 67P/Churyumov-Gerasimenko.
Aims: We aim to show that transport of material from one part of the cometary nucleus to another is a significant mechanism that influences the appearance of the nucleus and the surface thermal properties.
Methods: We used data from the OSIRIS imaging system onboard the Rosetta spacecraft to identify surface features on the nucleus that can be produced by various transport mechanisms. We used simple calculations based on previous works to establish the plausibility of dust transport from one part of the nucleus to another.
Results: We show by observation and modeling that "airfall" as a consequence of non-escaping large particles emitted from the neck region of the nucleus is a plausible explanation for the smooth thin deposits in the northern hemisphere of the nucleus. The consequences are also discussed. We also present observations of aeolian ripples and ventifacts. We show by numerical modeling that a type of saltation is plausible even under the rarified gas densities seen at the surface of the nucleus. However, interparticle cohesive forces present difficulties for this model, and an alternative mechanism for the initiation of reptation and creep may result from the airfall mechanism. The requirements on gas density and other parameters of this alternative make it a more attractive explanation for the observations. The uncertainties and implications are discussed. 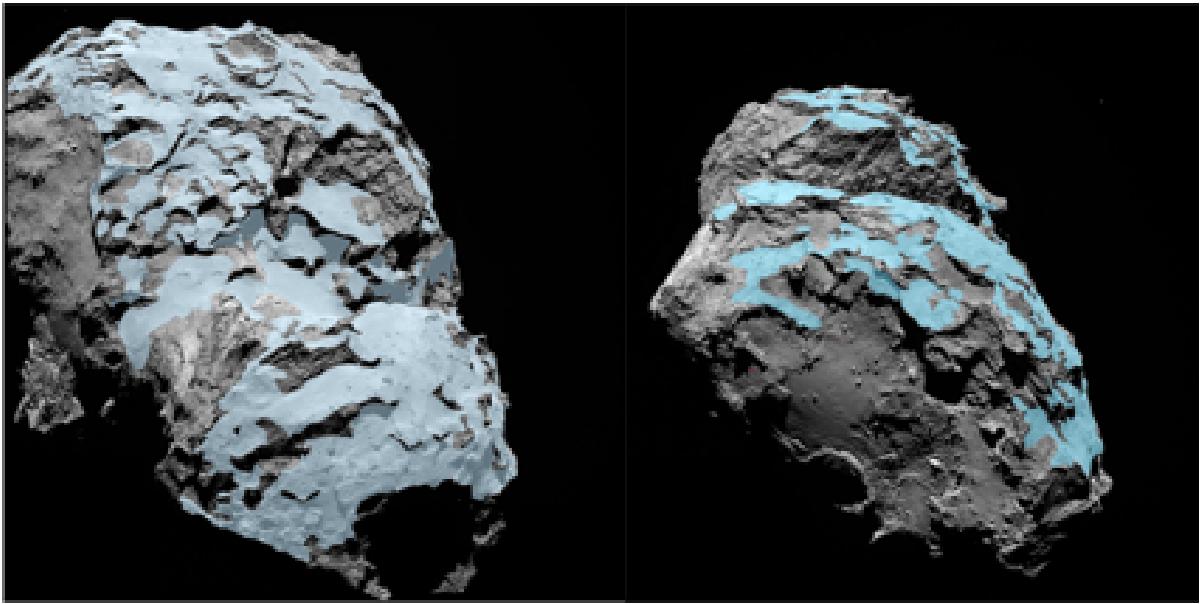