We report on the tentative detection of trans ethyl methyl ether (tEME), t-CH3CH2OCH3, through the identification of a large number of rotational lines from each one of the spin states of the molecule towards Orion KL. We also search for gauche-trans-n-propanol, Gt-n-CH3CH2CH2OH, an isomer of tEME in the same source. We have identified lines of both species in the IRAM 30 m line survey and in the ALMA Science Verification data. We have obtained ALMA maps to establish the spatial distribution of these species. Whereas tEME mainly arises from the compact ridge component of Orion, Gt-n-propanol appears at the emission peak of ethanol (south hot core). The derived column densities of these species at the location of their emission peaks are ≤(4.0 ± 0.8) × 1015 cm-2 and ≤(1.0 ± 0.2) × 1015 cm-2 for tEME and Gt-n-propanol, respectively. The rotational temperature is ~100 K for both molecules. We also provide maps of CH3OCOH, CH3CH2OCOH, CH3OCH3, CH3OH, and CH3CH2OH to compare the distribution of these organic saturated O-bearing species containing methyl and ethyl groups in this region. Abundance ratios of related species and upper limits to the abundances of non-detected ethers are provided. We derive an abundance ratio N(CH3OCH3)/N(tEME) ≥ 150 in the compact ridge of Orion.

This paper makes use of the following ALMA data: ADS/JAO.ALMA#2011.0.00009.SV. ALMA is a partnership of ESO (representing its member states), NSF (USA), and NINS (Japan) with NRC (Canada), NSC, and ASIAA (Taiwan), and KASI (Republic of Korea), in cooperation with the Republic of Chile. The Joint ALMA Observatory is operated by ESO, AUI/NRAO, and NAOJ. This work was also based on observations carried out with the IRAM 30-m telescope. IRAM is supported by INSU/CNRS (France), MPG (Germany), and IGN (Spain).Appendix A is available in electronic form at http://www.aanda.org 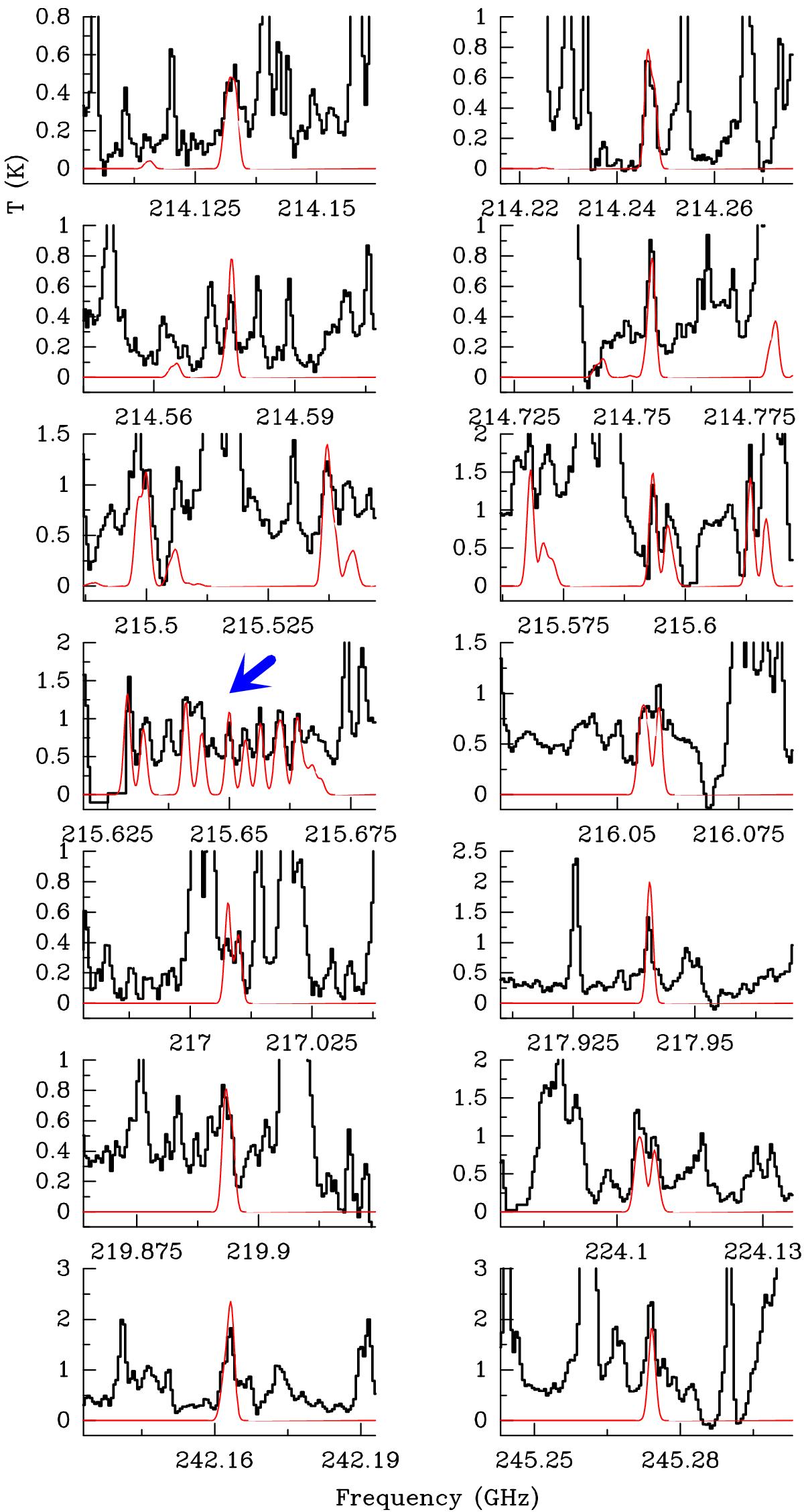