Context. Edge-on galaxies can offer important insight into galaxy evolution because they are the only systems where the distribution of the different components can be studied both radially and vertically. The HEROES project was designed to investigate the interplay between the gas, dust, stars, and dark matter (DM) in a sample of 7 massive edge-on spiral galaxies.
Aims: In this second HEROES paper, we present an analysis of the atomic gas content of 6 out of 7 galaxies in our sample. The remaining galaxy was recently analysed according to the same strategy. The primary aim of this work is to constrain the surface density distribution, the rotation curve, and the geometry of the gas disks in a homogeneous way. In addition we identify peculiar features and signs of recent interactions.
Methods: We have constructed detailed tilted-ring models of the atomic gas disks based on new GMRT 21-cm observations of NGC 973 and UGC 4277 and re-reduced archival H i data of NGC 5907, NGC 5529, IC 2531, and NGC 4217. Potential degeneracies between different models were resolved by requiring good agreement with the data in various representations of the data cubes.
Results: From our modelling we find that all but one galaxy are warped along the major axis. In addition, we identify warps along the line of sight in three galaxies. A flaring gas layer is required to reproduce the data for only one galaxy, but (moderate) flares cannot be ruled out for the other galaxies either. A coplanar ring-like structure is detected outside the main disk of NGC 4217, which we suggest could be the remnant of a recent minor merger event. We also find evidence of a radial inflow of 15 ± 5 km s-1 in the disk of NGC 5529, which might be related to the ongoing interaction with two nearby companions. For NGC 5907, the extended, asymmetric, and strongly warped outer regions of the H i disk also suggest a recent interaction. In contrast, the inner disks of these three galaxies (NGC 4217, NGC 5529, and NGC 5907) show regular behaviour and seem largely unaffected by the interactions. Our models further support earlier claims of prominent spiral arms in the disks of IC 2531 and NGC 5529. Finally, we detect a dwarf companion galaxy at a projected distance of 36 kpc from the centre of NGC 973.

Herschel is an ESA space observatory with science instruments provided by European-led Principal Investigator consortia and with important participation from NASA.Appendices are available in electronic form at http://www.aanda.orgThe H i cleaned data cubes as FITS files are only available at the CDS via anonymous ftp to http://cdsarc.u-strasbg.fr (ftp://130.79.128.5) or via http://cdsarc.u-strasbg.fr/viz-bin/qcat?J/A+A/582/A18 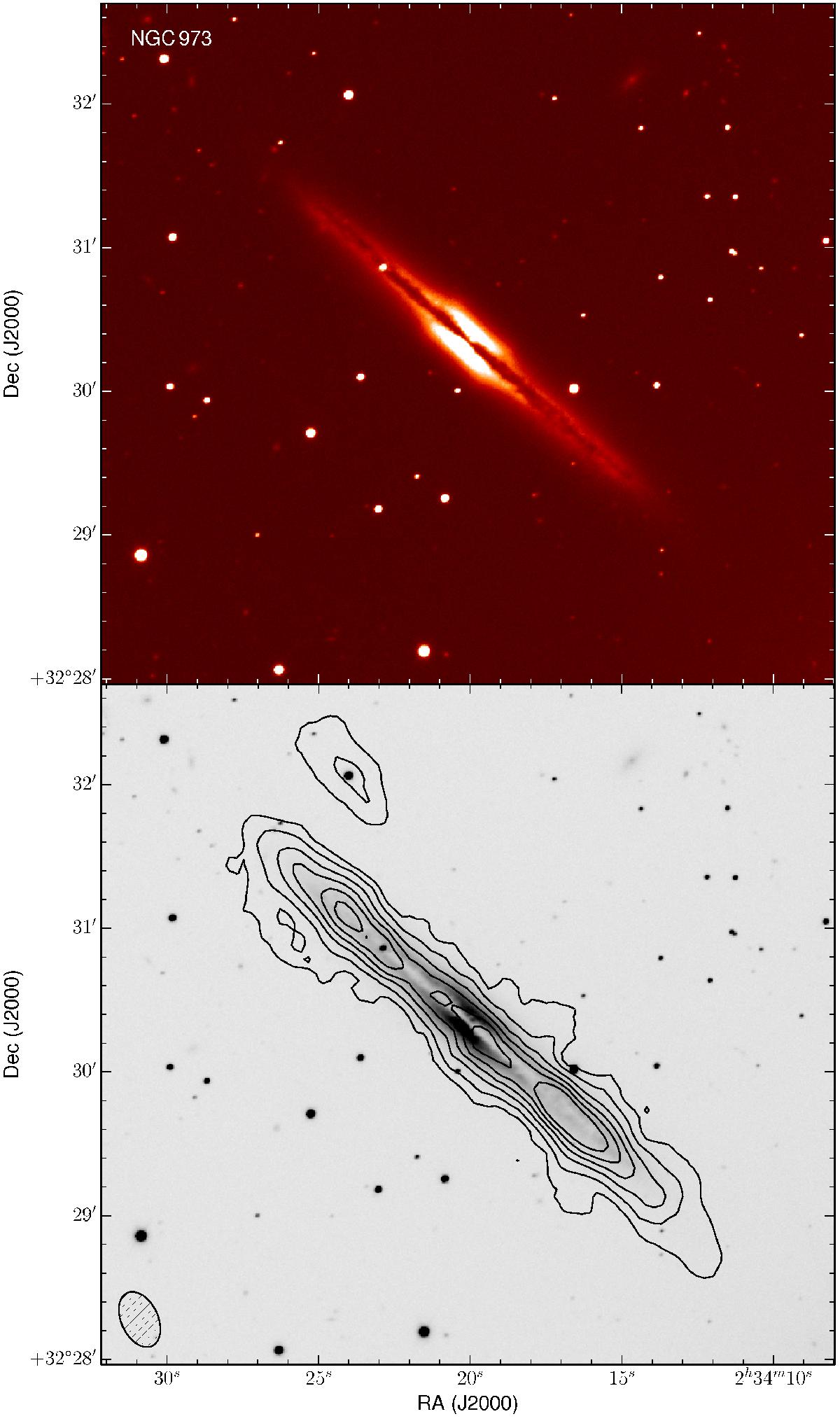