Modelling circumbinary protoplanetary disks. I. Fluid simulations of the Kepler-16 and 34 systems

Context. The Kepler mission's discovery of a number of circumbinary planets orbiting close (ap< 1.1 au) to the stellar binary raises questions as to how these planets could have formed given the intense gravitational perturbations the dual stars impart on the disk. The gas component of circumbinary protoplanetary disks is perturbed in a similar manner to the solid, planetesimal dominated counterpart, although the mechanism by which disk eccentricity originates differs.
Aims: This is the first work of a series that aims to investigate the conditions for planet formation in circumbinary protoplanetary disks.
Methods: We present a number of hydrodynamical simulations that explore the response of gas disks around two observed binary systems: Kepler-16 and Kepler-34. We probe the importance of disk viscosity, aspect-ratio, inner boundary condition, initial surface density gradient, and self-gravity on the dynamical evolution of the disk, as well as its quasi-steady-state profile.
Results: We find there is a strong influence of binary type on the mean disk eccentricity, e̅d, leading to e̅d = 0.02 - 0.08 for Kepler-16 and e̅d = 0.10 - 0.15 in Kepler-34. The value of α-viscosity has little influence on the disk, but we find a strong increase in mean disk eccentricity with increasing aspect-ratio due to wave propagation effects. The choice of inner boundary condition only has a small effect on the surface density and eccentricity of the disk. Our primary finding is that including disk self-gravity has little impact on the evolution or final state of the disk for disks with masses less than 12.5 times that of the minimum-mass solar nebula. This finding contrasts with the results of self-gravity relevance in circumprimary disks, where its inclusion is found to be an important factor in describing the disk evolution. 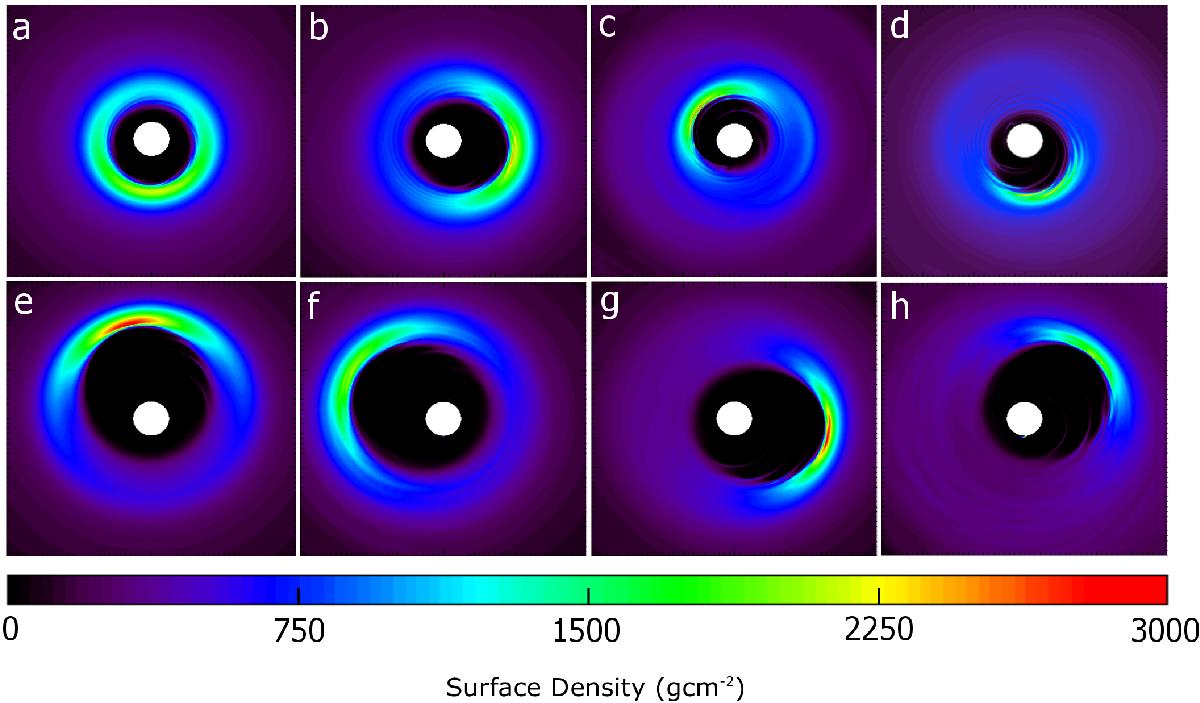