Aims: The main goal of this work is to study element ratios that are important for the formation of planets of different masses.
Methods: We study potential correlations between the existence of planetary companions and the relative elemental abundances of their host stars. We use a large sample of FGK-type dwarf stars for which precise Mg, Si, and Fe abundances have been derived using HARPS high-resolution and high-quality data.
Results: A first analysis of the data suggests that low-mass planet host stars show higher [Mg/Si] ratios, while giant planet hosts present [Mg/Si] that is lower than field stars. However, we found that the [Mg/Si] ratio significantly depends on metallicity through Galactic chemical evolution. After removing the Galactic evolution trend only the difference in the [Mg/Si] elemental ratio between low-mass planet hosts and non-hosts was present in a significant way. These results suggest that low-mass planets are more prevalent around stars with high [Mg/Si].
Conclusions: Our results demonstrate the importance of Galactic chemical evolution and indicate that it may play an important role in the planetary internal structure and composition. The results also show that abundance ratios may be a very relevant issue for our understanding of planet formation and evolution. 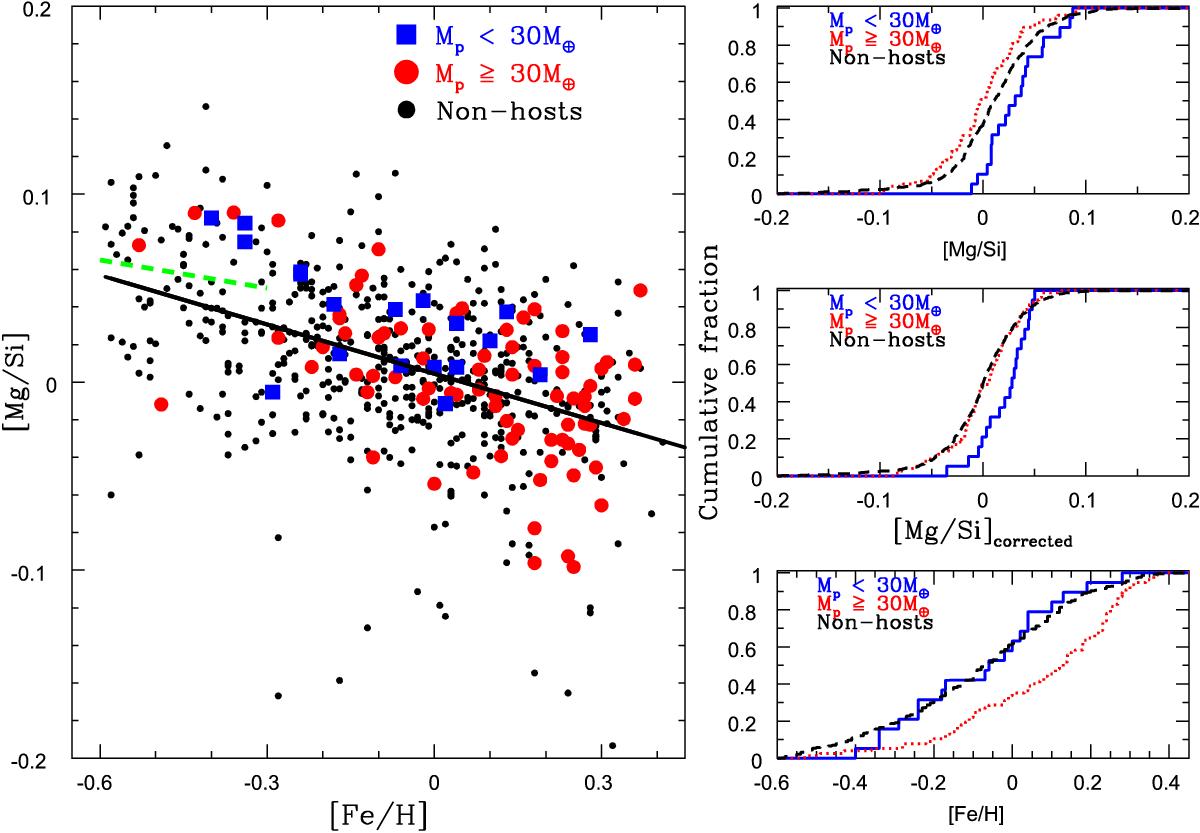