Context. The (magnetic) chemically peculiar (CP) stars of the upper main sequence are well-suited laboratories for investigating the influence of magnetic fields on the stellar surface because they produce abundance inhomogeneities (spots), which results in photometric variability that is explained in terms of the oblique rotator model. CP stars exhibiting this phenomenon are normally classified as α2 Canum Venaticorum (ACV) variables. It is important to increase the sample of known rotational periods among CP stars by discovering new ACV variables. An increased sample size will contribute to the understanding of the CP stars' evolution in time.
Aims: We aim at discovering new ACV variables in the public data of the third phase of the All Sky Automated Survey (ASAS-3). Furthermore, by analysis of the available photometric data, we intend to derive rotational periods of the stars.
Methods: The ASAS-3 data were cross-correlated with the Catalogue of Ap, HgMn, and Am stars in order to analyse the light curves of bona fide CP and related stars. The light curves were downloaded and cleaned of outliers and data points with a flag indicating bad quality. Promising candidates showing a larger scatter than observed for constant stars in the corresponding magnitude range were searched for periodic signals using a standard Fourier technique. Objects exhibiting periodic signals well above the noise level were considered and visually inspected, whereas borderline cases were rejected.
Results: In total, we found 323 variables, from which 246 are reported here for the first time, and 77 were probably wrongly classified before. The observed variability pattern of most stars is in accordance with an ACV classification. For some cases, it is difficult to distinguish between the light curves of double-waved ACVs and the variability induced by orbital motion (ellipsoidal variables/eclipsing variables), especially for objects exhibiting very small amplitudes and/or significant scatter in their light curves. Thus, some eclipsing or rotating ellipsoidal variables might be present. However, we are confident that the given periods are the correct ones. There seems to be a possible weak correlation between the rotational period and colour, in the sense that cooler magnetic CP stars rotate more slowly. However, this correlation seems to disappear when correcting for the interstellar reddening.
Conclusions: The next steps have to include a compilation of all available rotational periods from the literature and a detailed investigation of the astrophysical parameters of these stars. This includes a determination of the individual masses, luminosities, ages, and inclination angles. However, this information cannot be straightforwardly determined from photometric data alone. 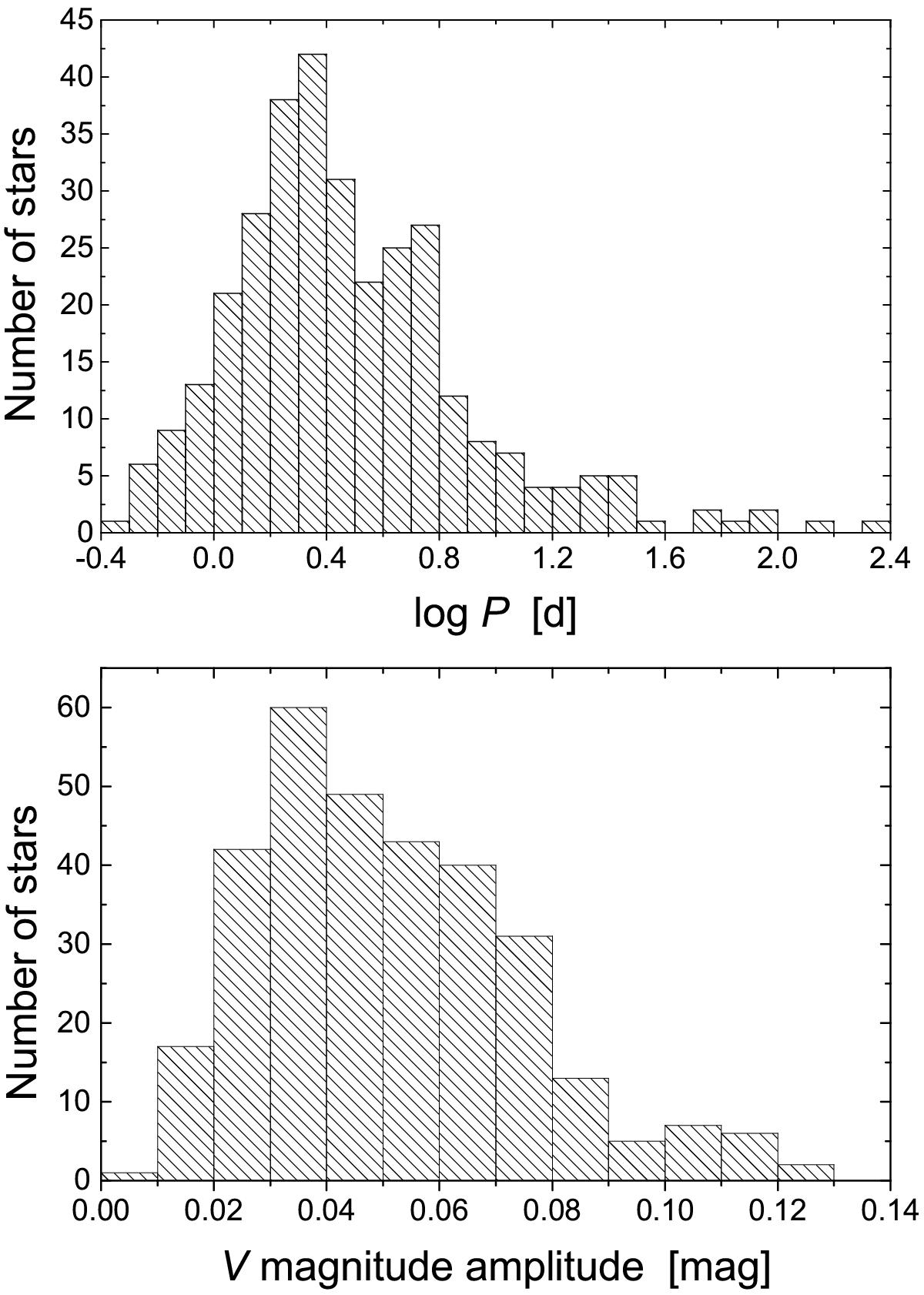