Context. Precision radial velocities are required to discover and characterize exoplanets. Optical spectra that exhibit many hundreds of absorption lines can allow the m s-1 precision levels required for this work. After the main-sequence, intermediate-mass stars expand and rotate more slowly than their progenitors, thus, thousands of spectral lines appear in the optical region, permitting the search for Doppler signals in these types of stars.
Aims: In 2009, we began the EXPRESS program, aimed at detecting substellar objects around evolved stars, and studying the effects of the mass and evolution of the host star on their orbital and physical properties.
Methods: We obtained precision radial velocity measurements for the giant stars HIP 65891 and HIP 107773, from CHIRON and FEROS spectra. Also, we obtained new radial velocity epochs for the star HIP 67851, which is known to host a planetary system.
Results: We present the discovery of two giant planets around the intermediate-mass evolved star HIP 65891 and HIP 107773. The best Keplerian fit to the HIP 65891 and HIP 107773 radial velocities leads to the following orbital parameters: P = 1084.5 d; mb sini = 6.0 MJ ; e = 0.13 and P = 144.3 d; mb sini = 2.0 MJ ; e = 0.09, respectively. In addition, we confirm the planetary nature of the outer object orbiting the giant star HIP 67851. The orbital parameters of HIP 67851 c are: P = 2131.8 d, mc sini = 6.0MJ, and e = 0.17.
Conclusions: With masses of 2.5 M⊙ and 2.4 M⊙, HIP 65891 and HIP 107773 are two of the most massive planet-hosting stars. Additionally, HIP 67851 is one of five giant stars that are known to host a planetary system having a close-in planet (a< 0.7 AU). Based on the evolutionary states of those five stars, we conclude that close-in planets do exist in multiple systems around subgiants and slightly evolved giants stars, but most likely they are subsequently destroyed by the stellar envelope during the ascent of the red giant branch phase. 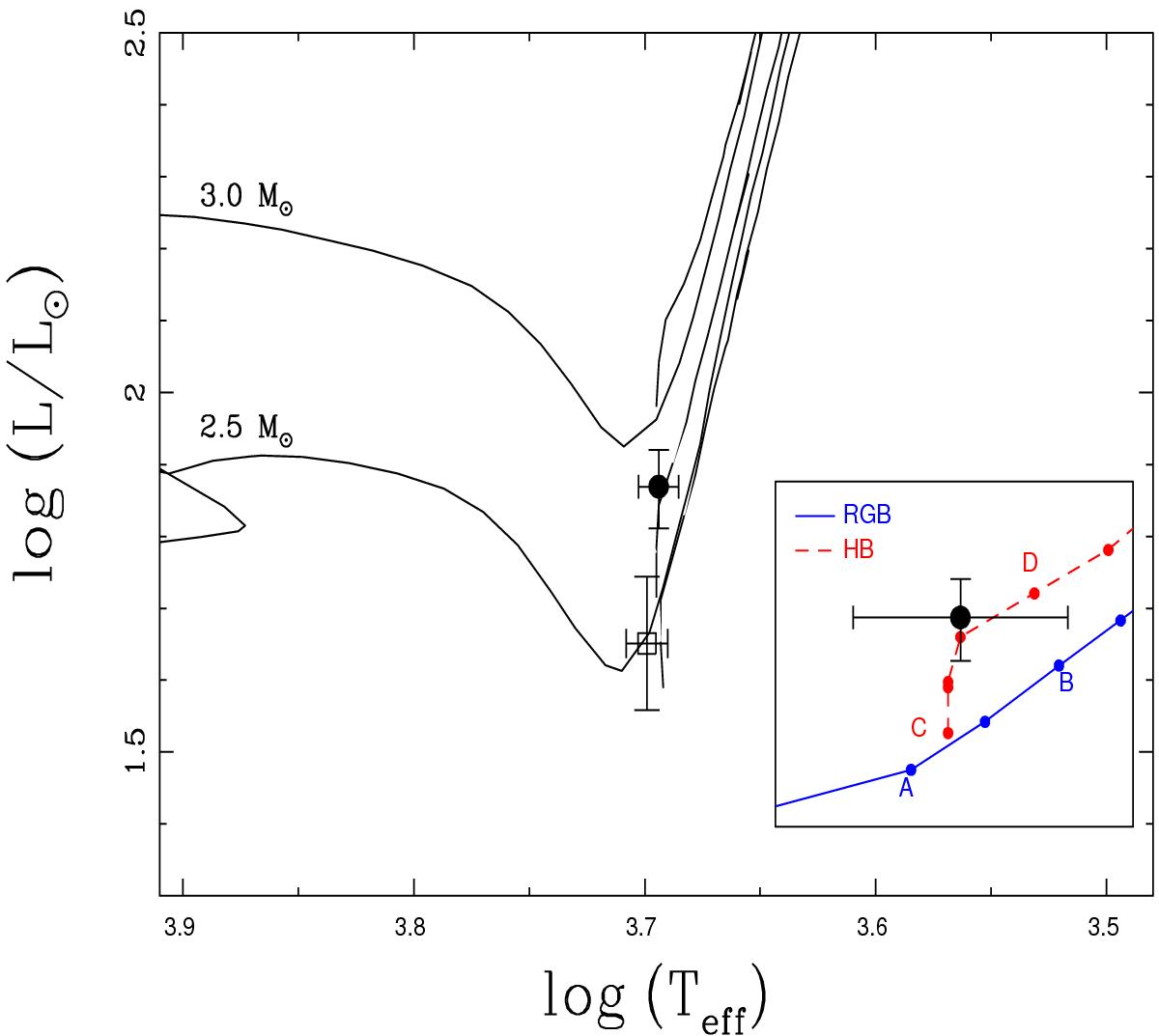