H2 formation on PAHs in photodissociation regions: a high-temperature pathway to molecular hydrogen


Aims: Molecular hydrogen is the most abundant molecule in the Universe. It is thought that a large portion of H2 forms by association of hydrogen atoms to polycyclic aromatic hydrocarbons (PAHs). We model the influence of PAHs on total H2 formation rates in photodissociation regions (PDRs) and assess the effect of these formation rates on the total cloud structure.
Methods: We set up a chemical kinetic model at steady state in a PDR environment and included radiative transfer to calculate the chemistry at different depths in the PDR. This model includes known dust grain chemistry for the formation of H2 and a H2 formation mechanism on PAHs. Since H2 formation on PAHs is impeded by thermal barriers, this pathway is only efficient at higher temperatures (T> 200 K). At these temperatures the conventional route of H2 formation via H atoms physisorbed on dust grains is no longer feasible, so the PAH mechanism enlarges the region where H2 formation is possible.
Results: We find that PAHs have a significant influence on the structure of PDRs. The extinction at which the transition from atomic to molecular hydrogen occurs strongly depends on the presence of PAHs, especially for PDRs with a strong external radiation field. A sharp spatial transition between fully dehydrogenated PAHs on the outside of the cloud and normally hydrogenated PAHs on the inside is found. As a proof of concept, we use coronene to show that H2 forms very efficiently on PAHs, and that this process can reproduce the high H2 formation rates derived in several PDRs. 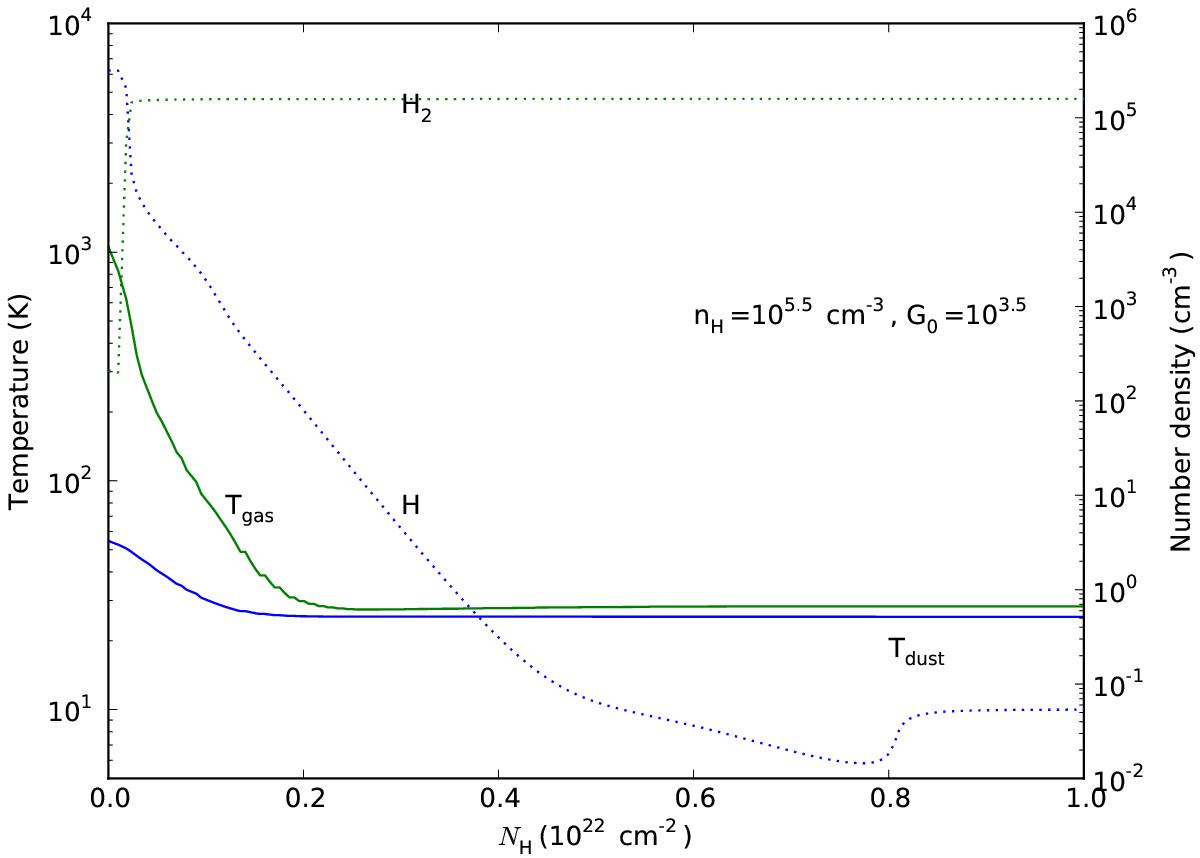