Disentangling 2:1 resonant radial velocity orbits from eccentric ones and a case study for HD 27894

Context. In radial velocity (RV) observations, a pair of extrasolar planets near a 2:1 orbital resonance can be misinterpreted as a single eccentric planet, if data are sparse and measurement precision insufficient to distinguish between these models.
Aims: Using the Exoplanet Orbit Database (EOD), we determine the fraction of alleged single-planet RV detected systems for which a 2:1 resonant pair of planets is also a viable model and address the question of how the models can be disentangled.
Methods: By simulation we quantified the mismatch arising from applying the wrong model. Model alternatives are illustrated using the supposed single-planet system HD 27894 for which we also study the dynamical stability of near-2:1 resonant solutions.
Results: Using EOD values of the data scatter around the fitted single-planet Keplerians, we find that for 74% of the 254 putative single-planet systems, a 2:1 resonant pair cannot be excluded as a viable model, since the error due to the wrong model is smaller than the scatter. For 187 EOD stars χ2-probabilities can be used to reject the Keplerian models with a confidence of 95% for 54% of the stars and with 99.9% for 39% of the stars. For HD 27894 a considerable fit improvement is obtained when adding a low-mass planet near half the orbital period of the known Jovian planet. Dynamical analysis demonstrates that this system is stable when both planets are initially placed on circular orbits. For fully Keplerian orbits a stable system is only obtained if the eccentricity of the inner planet is constrained to < 0.3.
Conclusions: A large part of the allegedly RV detected single-planet systems should be scrutinized in order to determine the fraction of systems containing near-2:1 resonant pairs of planets. Knowing the abundance of such systems will allow us to revise the eccentricity distribution for extrasolar planets and provide direct constraints for planetary system formation. 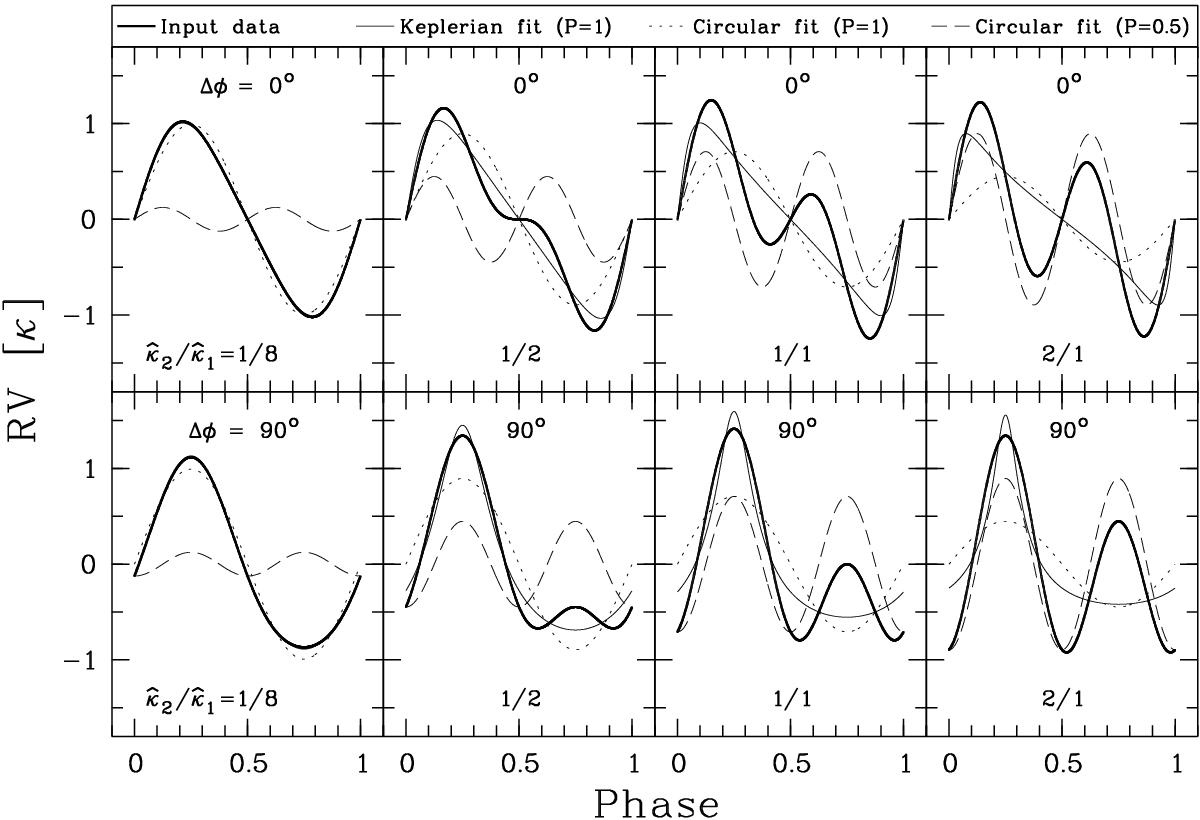