To extend the molecular gas measurements to more typical star-forming galaxies (SFGs) with star formation rates SFR< 40 M⊙ yr-1 and stellar masses M∗< 2.5 × 1010M⊙ at z ~ 1.5-3, we have observed CO emission with the IRAM Plateau de Bure Interferometer and the IRAM 30 m telescope for five strongly lensed galaxies, selected from the Herschel Lensing Survey. These observations are combined with a compilation of CO measurements from the literature. From this, we infer the CO luminosity correction factors r2,1 = 0.81 ± 0.20 and r3,1 = 0.57 ± 0.15 for the J = 2 and J = 3 CO transitions, respectively, valid for SFGs at z> 1. The combined sample of CO-detected SFGs at z> 1 shows a large spread in star formation efficiency (SFE) with a dispersion of 0.33 dex, such that the SFE extends well beyond the low values of local spirals and overlaps the distribution of z> 1 submm galaxies. We find that the spread in SFE (or equivalently in molecular gas depletion timescale) is due to the variations of several physical parameters, primarily the specific star formation rate, and also stellar mass and redshift. The dependence of SFE on the offset from the main sequence and the compactness of the starburst is less clear. The possible increase of the molecular gas depletion timescale with stellar mass, now revealed by low M∗ SFGs at z> 1 and also observed at z = 0, contrasts with the generally acknowledged constant molecular gas depletion timescale and refutes the linearity of the Kennicutt-Schmidt relation. A net rise of the molecular gas fraction (fgas) is observed from z ~ 0.2 to z ~ 1.2, followed by a very mild increase toward higher redshifts, as found in earlier studies. At each redshift the molecular gas fraction shows a large dispersion, mainly due to the dependence of fgas on stellar mass, producing a gradient of increasing fgas with decreasing M∗. We provide the first measurement of the molecular gas fraction of z> 1 SFGs at the low-M∗ end between 109.4<M∗/M⊙< 109.9, reaching a mean ⟨ fgas ⟩ = 0.69 ± 0.18, which shows a clear fgas upturn at these lower stellar masses. Finally, we find evidence for a nonuniversal dust-to-gas ratio among high-redshift SFGs, high-redshift submm galaxies, local spirals, and local ultraluminous IR galaxies with near-solar metallicities, as inferred from a homogeneous analysis of their rest-frame 850 μm luminosity per unit gas mass. The SFGs with z> 1 show a trend for a lower Lν(850 μm) /Mgas mean by 0.33 dex compared to the other galaxy populations.

Based on observations carried out with the IRAM Plateau de Bure Interferometer and the IRAM 30 m telescope. IRAM is supported by CNRS/INSU (France), the MPG (Germany), and the IGN (Spain). 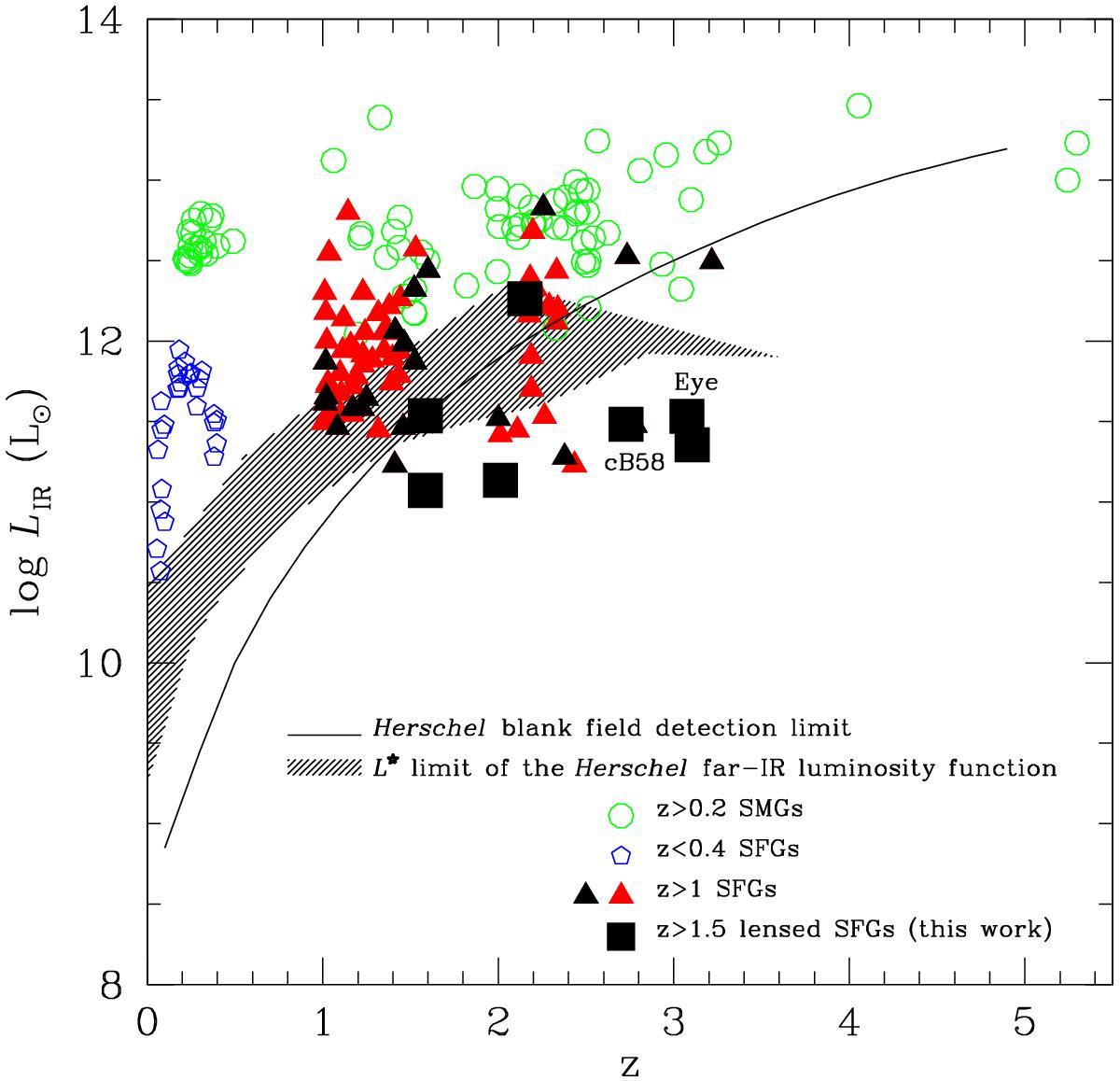