Stars with debris disks are intriguing targets for direct-imaging exoplanet searches, owing both to previous detections of wide planets in debris disk systems, and to commonly existing morphological features in the disks themselves that may be indicative of a planetary influence. Here we present observations of three of the most nearby young stars, which are also known to host massive debris disks: Vega, Fomalhaut, and ∊ Eri. The Spitzer Space Telescope is used at a range of orientation angles for each star to supply a deep contrast through angular differential imaging combined with high-contrast algorithms. The observations provide the opportunity to probe substantially colder bound planets (120-330 K) than is possible with any other technique or instrument. For Vega, some apparently very red candidate point sources detected in the 4.5 μm image remain to be tested for common proper motion. The images are sensitive to ~2 Mjup companions at 150 AU in this system. The observations presented here represent the first search for planets around Vega using Spitzer. The upper 4.5 μm flux limit on Fomalhaut b could be further constrained relative to previous data. In the case of ∊ Eri, planets below both the effective temperature and the mass of Jupiter could be probed from 80 AU and outward, although no such planets were found. The data sensitively probe the regions around the edges of the debris rings in the systems where planets can be expected to reside. These observations validate previous results showing that more than an order of magnitude improvement in performance in the contrast-limited regime can be acquired with respect to conventional methods by applying sophisticated high-contrast techniques to space-based telescopes, thanks to the high degree of PSF stability provided in this environment. 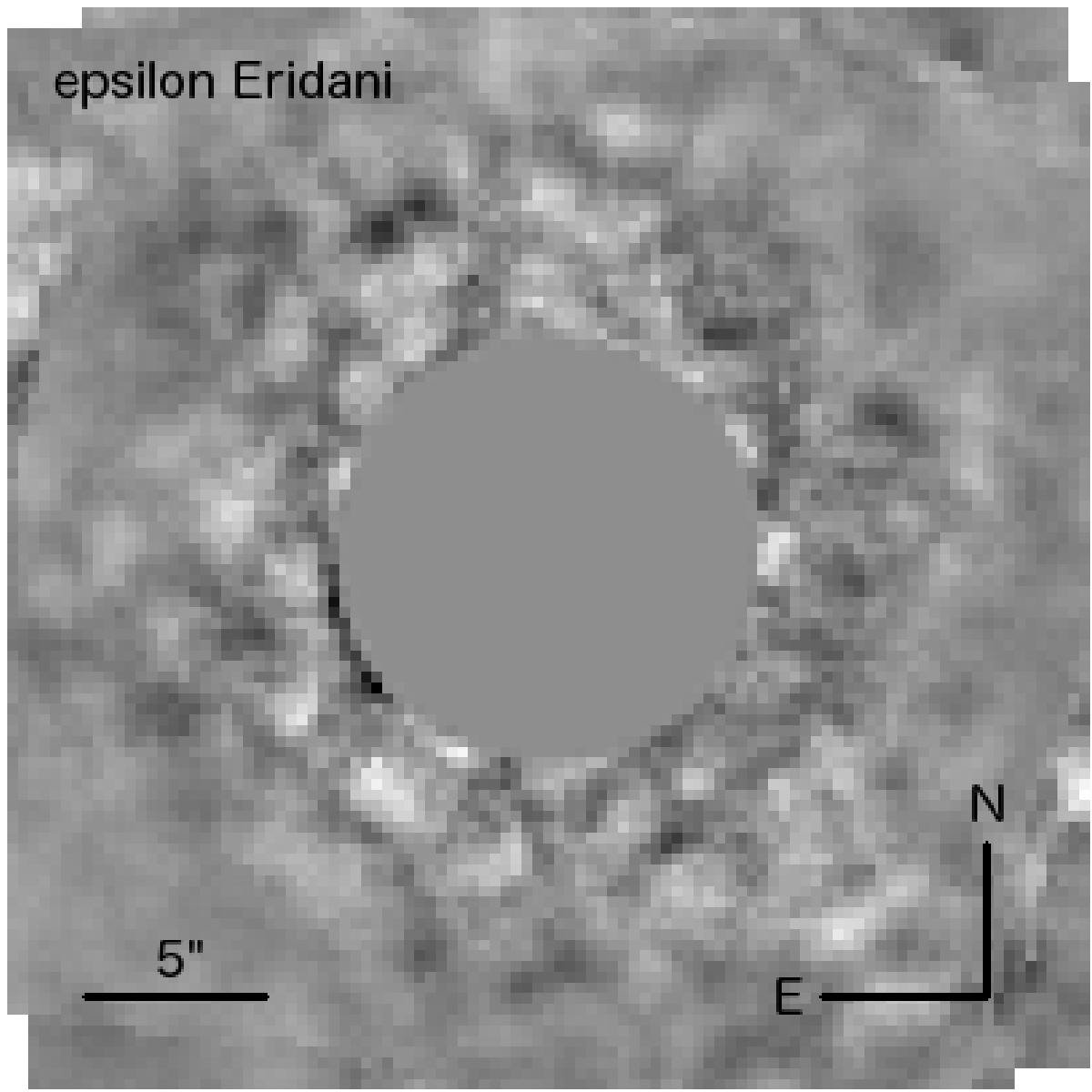