Aims: We investigate the magnetic field at the surface of 48 red giants selected as promising for detection of Stokes V Zeeman signatures in their spectral lines. In our sample, 24 stars are identified from the literature as presenting moderate to strong signs of magnetic activity. An additional 7 stars are identified as those in which thermohaline mixing appears not to have occured, which could be due to hosting a strong magnetic field. Finally, we observed 17 additional very bright stars which enable a sensitive search to be performed with the spectropolarimetric technique.
Methods: We use the spectropolarimeters Narval and ESPaDOnS to detect circular polarization within the photospheric absorption lines of our targets. We treat the spectropolarimetric data using the least-squares deconvolution method to create high signal-to-noise ratio mean Stokes V profiles. We also measure the classical S-index activity indicator for the Ca ii H&K lines, and the stellar radial velocity. To infer the evolutionary status of our giants and to interpret our results, we use state-of-the-art stellar evolutionary models with predictions of convective turnover times.
Results: We unambiguously detect magnetic fields via Zeeman signatures in 29 of the 48 red giants in our sample. Zeeman signatures are found in all but one of the 24 red giants exhibiting signs of activity, as well as 6 out of 17 bright giant stars. However no detections were obtained in the 7 thermohaline deviant giants. The majority of the magnetically detected giants are either in the first dredge up phase or at the beginning of core He burning, i.e. phases when the convective turnover time is at a maximum: this corresponds to a "magnetic strip" for red giants in the Hertzsprung-Russell diagram. A close study of the 16 giants with known rotational periods shows that the measured magnetic field strength is tightly correlated with the rotational properties, namely to the rotational period and to the Rossby number Ro. Our results show that the magnetic fields of these giants are produced by a dynamo, possibly of α-ω origin since Ro is in general smaller than unity. Four stars for which the magnetic field is measured to be outstandingly strong with respect to that expected from the rotational period/magnetic field relation or their evolutionary status are interpreted as being probable descendants of magnetic Ap stars. In addition to the weak-field giant Pollux, 4 bright giants (Aldebaran, Alphard, Arcturus, η Psc) are detected with magnetic field strength at the sub-Gauss level. Besides Arcturus, these stars were not considered to be active giants before this study and are very similar in other respects to ordinary giants, with S-index indicating consistency with basal chromospheric flux.

Tables 6-8 are available in electronic form at http://www.aanda.orgBased on observations obtained at the Télescope Bernard Lyot (TBL) at Observatoire du Pic du Midi, CNRS/INSU and Université de Toulouse, France, and at the Canada-France-Hawaii Telescope (CFHT) which is operated by the National Research Council of Canada, CNRS/INSU and the University of Hawaii. 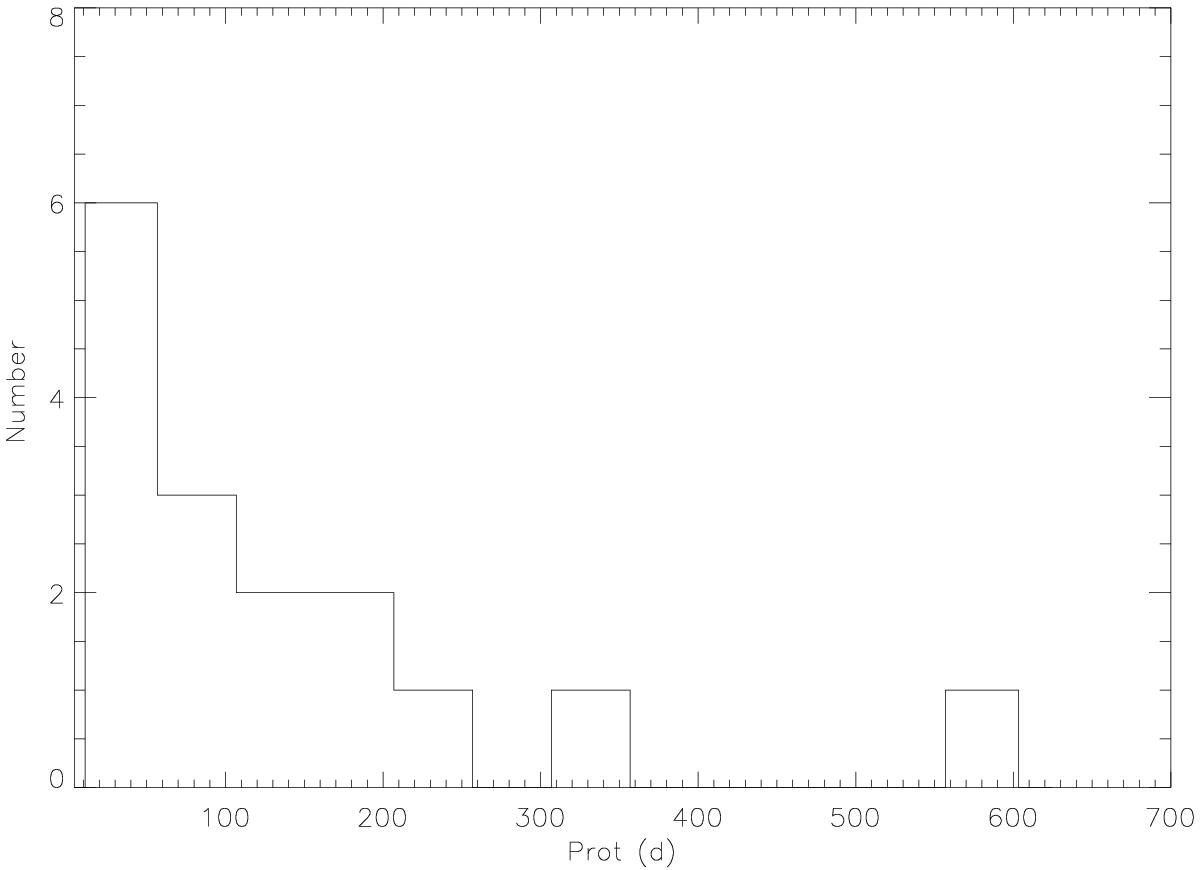