Context. Stellar variability in the near-infrared (NIR) remains largely unexplored. The exploitation of public science archives with data-mining methods offers a perspective for a time-domain exploration of the NIR sky.
Aims: We perform a comprehensive search for stellar variability using the optical-NIR multiband photometric data in the public Calibration Database of the WFCAM Science Archive (WSA), with the aim of contributing to the general census of variable stars and of extending the current scarce inventory of accurate NIR light curves for a number of variable star classes.
Methods: Standard data-mining methods were applied to extract and fine-tune time-series data from the WSA. We introduced new variability indices designed for multiband data with correlated sampling, and applied them for preselecting variable star candidates, i.e., light curves that are dominated by correlated variations, from noise-dominated ones. Preselection criteria were established by robust numerical tests for evaluating the response of variability indices to the colored noise characteristic of the data. We performed a period search using the string-length minimization method on an initial catalog of 6551 variable star candidates preselected by variability indices. Further frequency analysis was performed on positive candidates using three additional methods in combination, in order to cope with aliasing.
Results: We find 275 periodic variable stars and an additional 44 objects with suspected variability with uncertain periods or apparently aperiodic variation. Only 44 of these objects had been previously known, including 11 RR Lyrae stars on the outskirts of the globular cluster M 3 (NGC 5272). We provide a preliminary classification of the new variable stars that have well-measured light curves, but the variability types of a large number of objects remain ambiguous. We classify most of the new variables as contact binary stars, but we also find several pulsating stars, among which 34 are probably new field RR Lyrae, and 3 are likely Cepheids. We also identify 32 highly reddened variable objects close to previously known dark nebulae, suggesting that these are embedded young stellar objects. We publish our results and all light curve data as the WFCAM Variable Star Catalog. 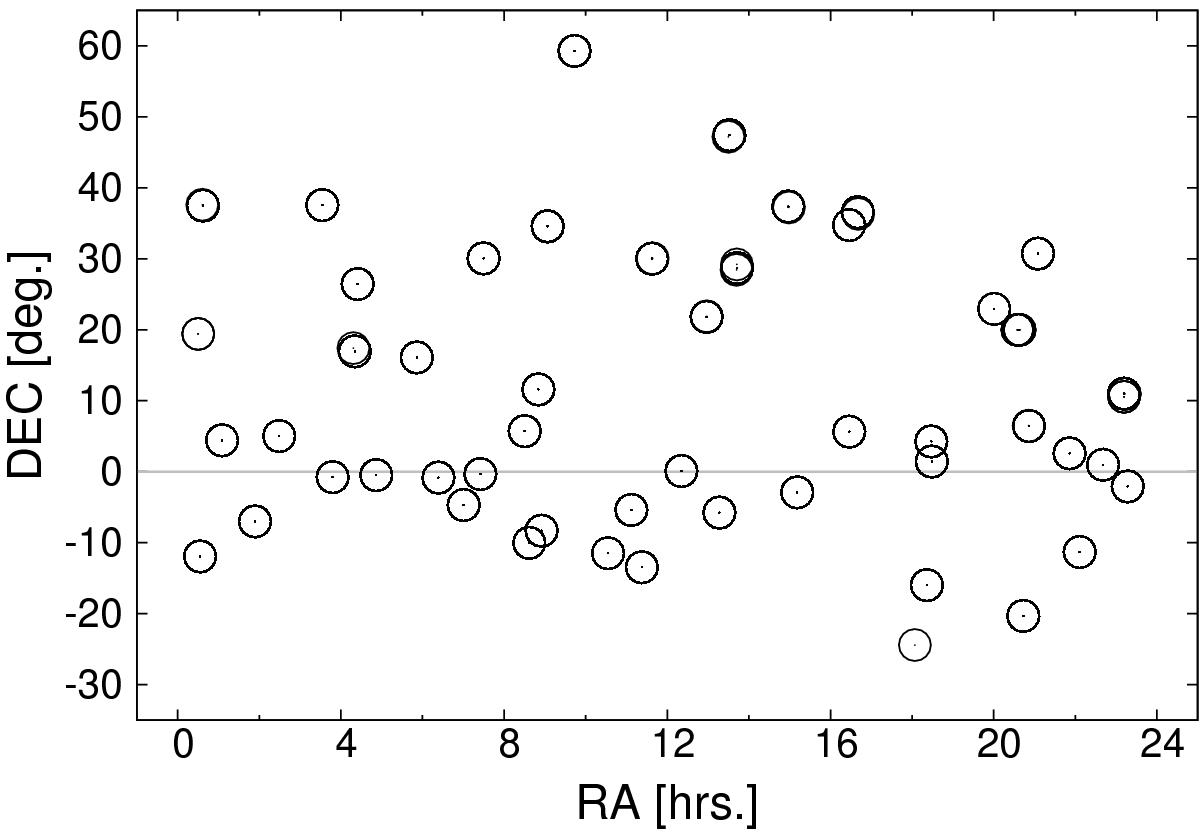