We investigate the evolution of magnetohydrodynamic perturbations in presence of stochastic noise in rotating shear flows. The particular emphasis is the flows whose angular velocity decreases but specific angular momentum increases with increasing radial coordinate. Such flows, however, are Rayleigh stable, but must be turbulent in order to explain astrophysical observed data and, hence, reveal a mismatch between the linear theory and observations/experiments. The mismatch seems to have been resolved, at least in certain regimes, in presence of weak magnetic field revealing magnetorotational instability. The present work explores the effects of stochastic noise on such magnetohydrodynamic flows, in order to resolve the above mismatch generically for the hot flows. It is found that such stochastically driven flows exhibit large temporal and spatial autocorrelations and cross-correlations of perturbation and hence large energy dissipations of perturbation, which generate instability. 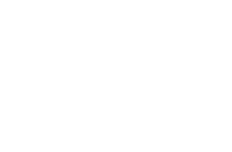