An increasing number of non-terminal eruptions are being found in the numerous surveys for optical transients. Very little is known about these giant eruptions, their progenitors and their evolutionary state. A greatly improved census of the likely progenitor class, including the most luminous evolved stars, the luminous blue variables (LBVs), and the warm and cool hypergiants is now needed for a complete picture of the final pre-supernova stages of very massive stars. We have begun a survey of the evolved and unstable luminous star populations in several nearby resolved galaxies. In this second paper on M31 and M33, we review the spectral characteristics, spectral energy distributions, circumstellar ejecta, and evidence for mass loss for 82 luminous and variable stars. We show that many of these stars have warm circumstellar dust including several of the Fe II emission line stars, but conclude that the confirmed LBVs in M31 and M33 do not. The confirmed LBVs have relatively low wind speeds even in their hot, quiescent or visual minimum state compared to the B-type supergiants and Of/WN stars which they spectroscopically resemble. The nature of the Fe II emission line stars and their relation to the LBV state remains uncertain, but some have properties in common with the warm hypergiants and the sgB[e] stars. Several individual stars are discussed in detail. We identify three possible candidate LBVs and three additional post-red supergiant candidates. We suggest that M33-013406.63 (UIT301,B416) is not an LBV/S Dor variable, but is a very luminous late O-type supergiant and one of the most luminous stars or pair of stars in M33. 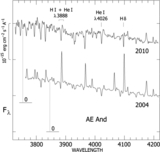