The formation of clouds affects brown dwarf and planetary atmospheres of nearly all effective temperatures. Iron and silicate condense in L dwarf atmospheres and dissipate at the L/T transition. Minor species such as sulfides and salts condense in mid- to late T dwarfs. For brown dwarfs below T eff ~ 450 K, water condenses in the upper atmosphere to form ice clouds. Currently, over a dozen objects in this temperature range have been discovered, and few previous theoretical studies have addressed the effect of water clouds on brown dwarf or exoplanetary spectra. Here we present a new grid of models that include the effect of water cloud opacity. We find that they become optically thick in objects below T eff ~ 350-375 K. Unlike refractory cloud materials, water-ice particles are significantly nongray absorbers; they predominantly scatter at optical wavelengths through the J band and absorb in the infrared with prominent features, the strongest of which is at 2.8 μm. H2O, NH3, CH4, and H2 CIA are dominant opacity sources; less abundant species may also be detectable, including the alkalis, H2S, and PH3. PH3, which has been detected in Jupiter, is expected to have a strong signature in the mid-infrared at 4.3 μm in Y dwarfs around T eff = 450 K if disequilibrium chemistry increases the abundance of PH3, it may be detectable over a wider effective temperature range than models predict. We show results incorporating disequilibrium nitrogen and carbon chemistry and predict signatures of low gravity in planetary mass objects. Finally, we make predictions for the observability of Y dwarfs and planets with existing and future instruments, including the James Webb Space Telescope and Gemini Planet Imager. 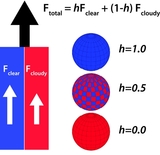