We present the first quantitative spectroscopic modeling of an early-time supernova (SN) that interacts with its progenitor wind. Using the radiative transfer code CMFGEN, we investigate the recently reported 15.5 h post-explosion spectrum of the type IIb SN 2013cu. We are able to directly measure the chemical abundances of a SN progenitor and find a relatively H-rich wind, with H and He abundances (by mass) of X = 0.46 ± 0.2 and Y = 0.52 ± 0.2, respectively. The wind is enhanced in N and depleted in C relative to solar values (mass fractions of 8.2 × 10-3 and 1.0 × 10-5, respectively). We obtain that a slow, dense wind or circumstellar medium surrounds the precursor at the pre-SN stage, with a wind terminal velocity vwind ≲ 100 km s-1 and mass-loss rate of Ṁ ≃ 3 × 10-3 (vwind/ 100 km s-1) M⊙ yr-1. These values are lower than previous analytical estimates, although Ṁ/υ∞ is consistent with previous work. We also compute a CMFGEN model to constrain the progenitor spectral type; the high Ṁ and low vwind imply that the star had an effective temperature of ≃ 8000 K immediately before the SN explosion. Our models suggest that the progenitor was either an unstable luminous blue variable or a yellow hypergiant undergoing an eruptive phase, and rule out a Wolf-Rayet star. We classify the post-explosion spectra at 15.5 h as XWN5(h) and advocate for the use of the prefix "X" (eXplosion) to avoid confusion between post-explosion, non-stellar spectra, and those of massive stars. We show that the XWN spectrum results from the ionization of the progenitor wind after the SN, and that the progenitor spectral type is significantly different from the early post-explosion spectral type owing to the huge differences in the ionization structure before and after the SN event. We find the following temporal evolution: LBV/YHG → XWN5(h) → SN IIb. Future early-time spectroscopy in the UV will further constrain the properties of SN precursors, such as their metallicities. 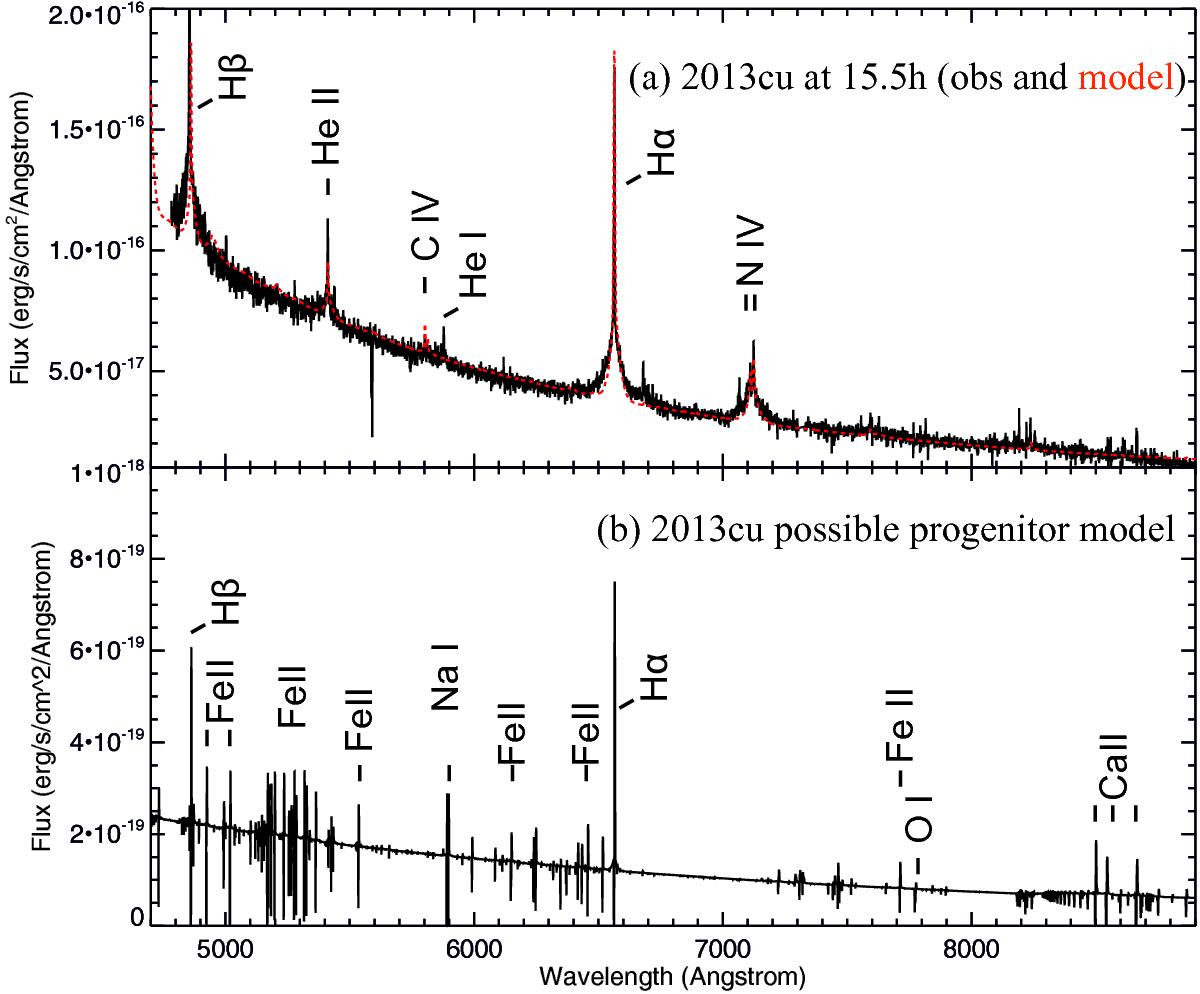