The characterization of four new transiting extrasolar planets is presented here. KOI-188b and KOI-195b are bloated hot Saturns, with orbital periods of 3.8 and 3.2 days, and masses of 0.25 and 0.34 MJup. They are located in the low-mass range of known transiting, giant planets. KOI-192b has a similar mass (0.29 MJup) but a longer orbital period of 10.3 days. This places it in a domain where only a few planets are known. KOI-830b, finally, with a mass of 1.27 MJup and a period of 3.5 days, is a typical hot Jupiter. The four planets have radii of 0.98, 1.09, 1.2, and 1.08 RJup, respectively. We detected no significant eccentricity in any of the systems, while the accuracy of our data does not rule out possible moderate eccentricities. The four objects were first identified by the Kepler team as promising candidates from the photometry of the Kepler satellite. We establish here their planetary nature thanks to the radial velocity follow-up we secured with the HARPS-N spectrograph at the Telescopio Nazionale Galileo. The combined analyses of the datasets allow us to fully characterize the four planetary systems. These new objects increase the number of well-characterized exoplanets for statistics, and provide new targets for individual follow-up studies. The pre-screening we performed with the SOPHIE spectrograph at the Observatoire de Haute-Provence as part of that study also allowed us to conclude that a fifth candidate, KOI-219.01, is not a planet but is instead a false positive. 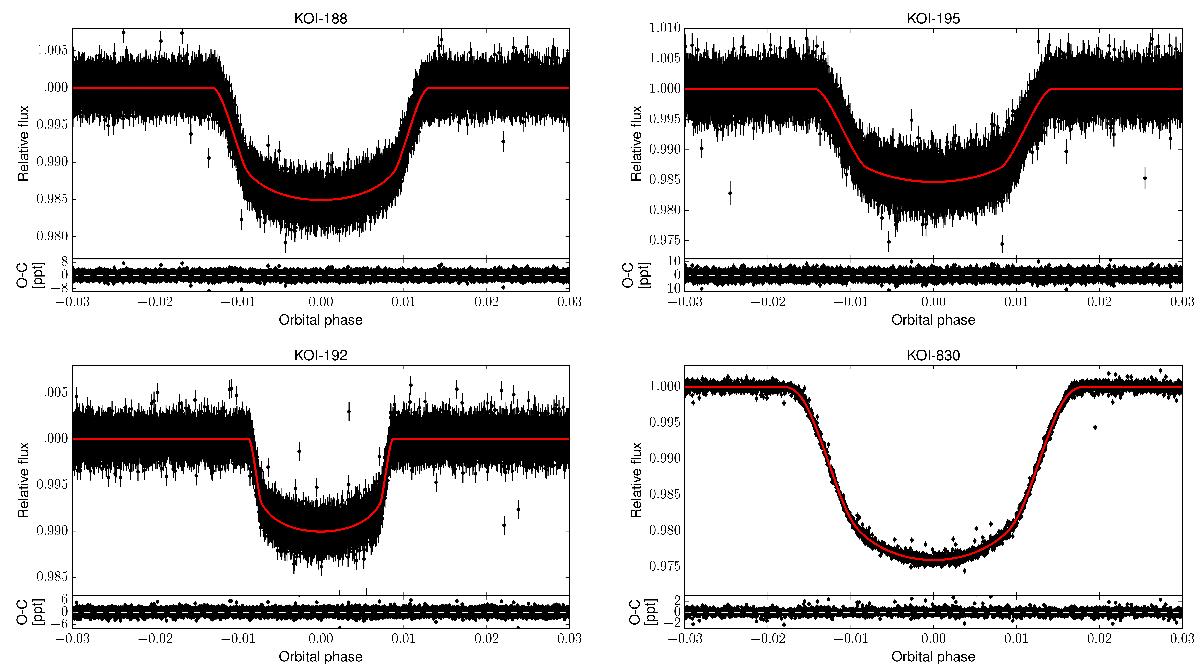