We have previously applied several models of high-frequency quasi-periodic oscillations (HF QPOs) to estimate the spin of the central Kerr black hole in the three Galactic microquasars, GRS 1915+105, GRO J1655-40, and XTE J1550-564. Here we explore the alternative possibility that the central compact body is a super-spinning object (or a naked singularity) with the external space-time described by Kerr geometry with a dimensionless spin parameter a ≡ cJ/GM2> 1. We calculate the relevant spin intervals for a subset of HF QPO models considered in the previous study. Our analysis indicates that for all but one of the considered models there exists at least one interval of a> 1 that is compatible with constraints given by the ranges of the central compact object mass independently estimated for the three sources. For most of the models, the inferred values of a are several times higher than the extreme Kerr black hole value a = 1. These values may be too high since the spin of superspinars is often assumed to rapidly decrease due to accretion when a ≫ 1. In this context, we conclude that only the epicyclic and the Keplerian resonance model provides estimates that are compatible with the expectation of just a small deviation from a = 1. 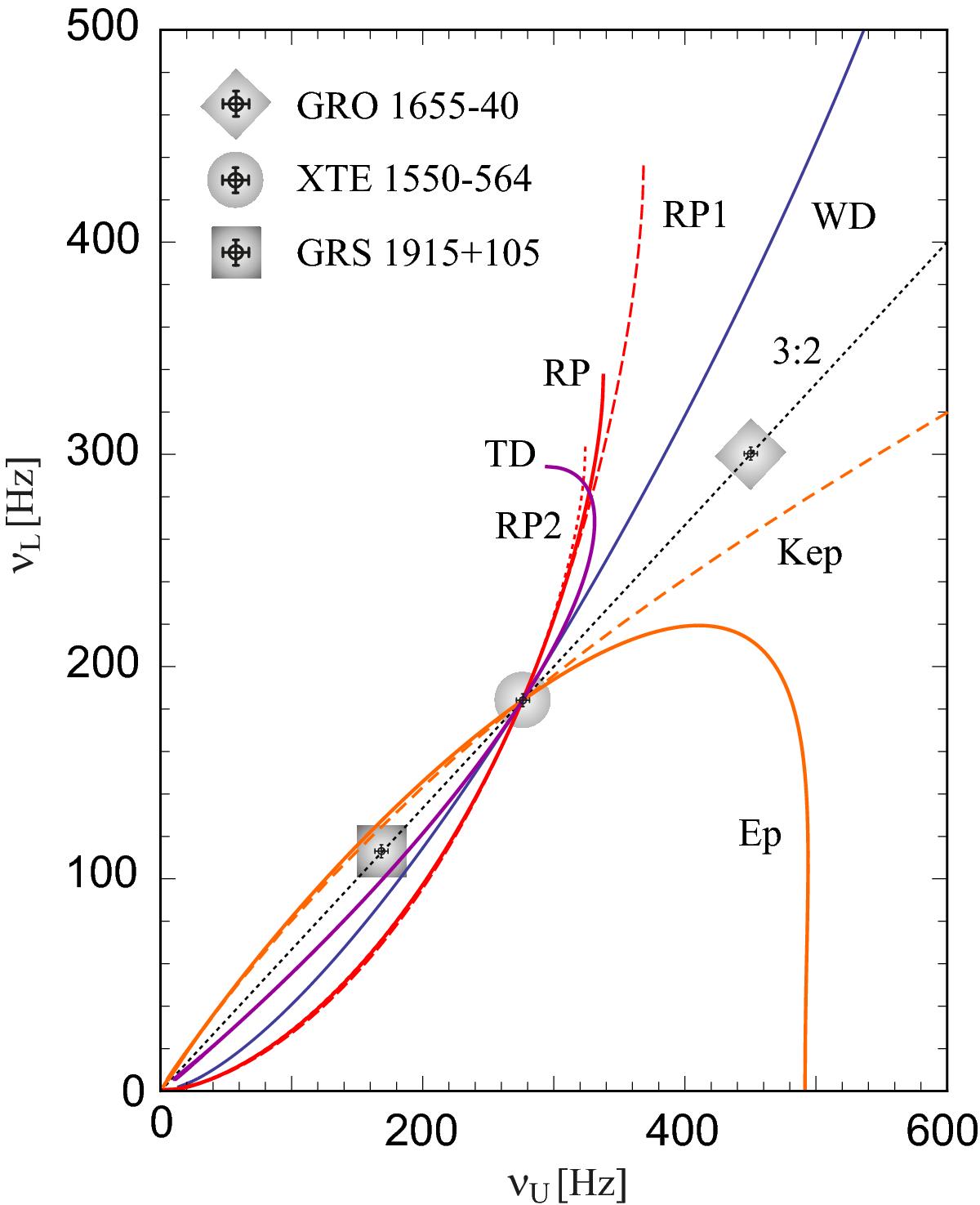