WASP-94 A and B planets: hot-Jupiter cousins in a twin-star system

We report the discovery of two hot-Jupiter planets, each orbiting one of the stars of a wide binary system. () is an F8 type star hosting a transiting planet with a radius of 1.72 ± 0.06 RJup, a mass of 0.452 ± 0.034 MJup, and an orbital period of 3.95 days. The Rossiter-McLaughlin effect is clearly detected, and the measured projected spin-orbit angle indicates that the planet occupies a retrograde orbit. () is an F9 stellar companion at an angular separation of 15'' (projected separation 2700 au), hosting a gas giant with a minimum mass of 0.618 ± 0.028 MJup with a period of 2.008 days, detected by Doppler measurements. The orbital planes of the two planets are inclined relative to each other, indicating that at least one of them is inclined relative to the plane of the stellar binary. These hot Jupiters in a binary system bring new insights into the formation of close-in giant planets and the role of stellar multiplicity. 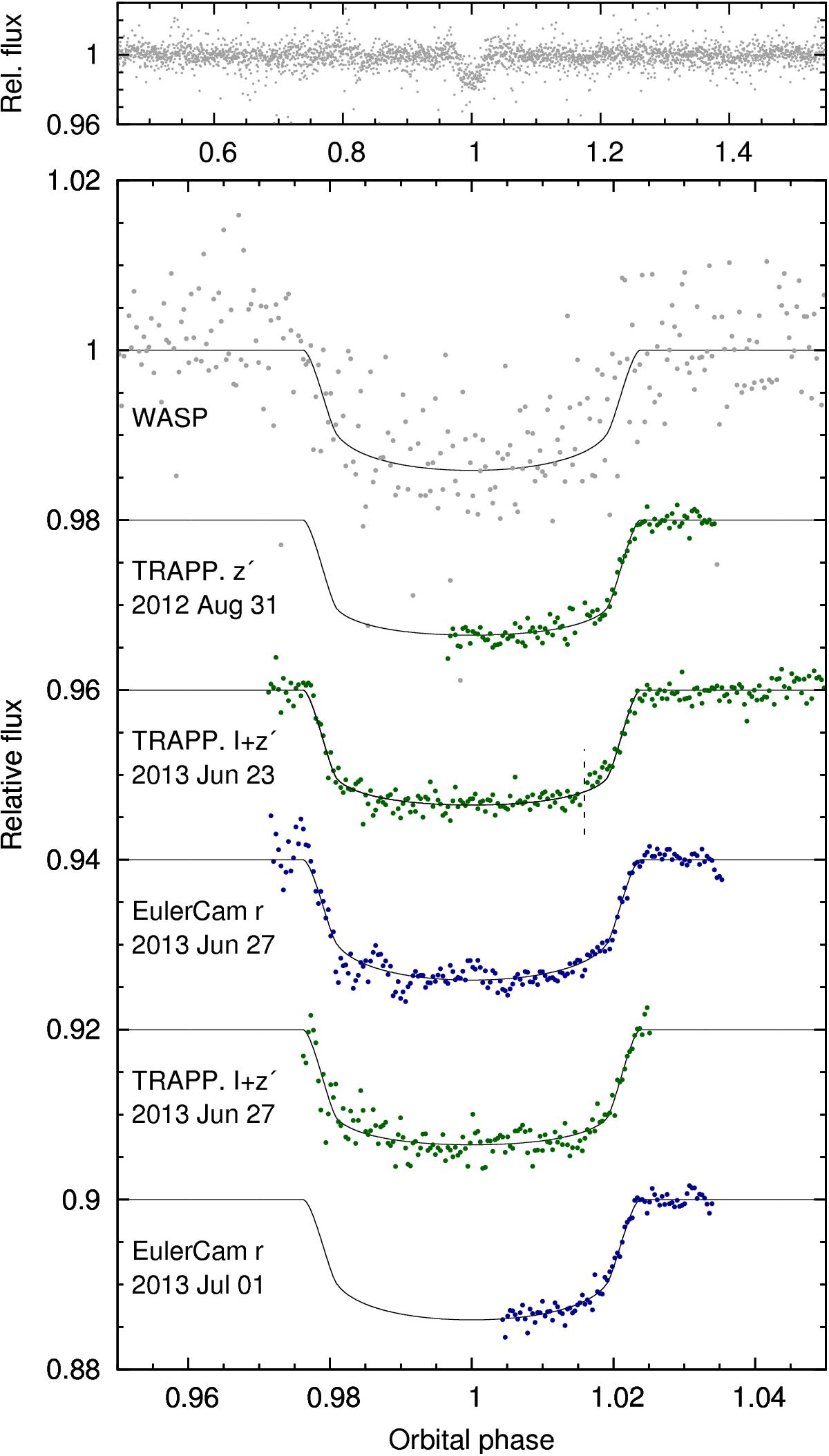