Context. How molecular clouds form out of the atomic phase and what the relative fractions of carbon are in the ionized, atomic, and molecular phase are questions at the heart of cloud and star formation.
Aims: We want to understand the kinematic processes of gas flows during the formation of molecular clouds. In addition to that, we aim at determining the abundance ratios of carbon in its various gas phases from the ionized to the molecular form.
Methods: Using multiple observatories from Herschel and SOFIA to APEX and the IRAM 30 m telescope, we mapped the ionized and atomic carbon as well as carbon monoxide ([CII] at 1900 GHz, [CI] at 492 GHz, and C18O(2-1) at 220 GHz) at high spatial resolution (12''-25'') in four young massive infrared dark clouds (IRDCs).
Results: The three carbon phases were successfully mapped in all four regions, only in one source does the [CII] line remain a non-detection. With these data, we dissect the spatial and kinematic structure of the four IRDCs and determine the abundances of gas phase carbon in its ionized, atomic, and most abundant molecular form (CO). Both the molecular and atomic phases trace the dense structures well, with [CI] also tracing material at lower column densities. [CII] exhibits diverse morphologies in our sample from compact to diffuse structures, probing the cloud environment. In at least two out of the four regions, we find kinematic signatures strongly indicating that the dense gas filaments have formed out of a dynamically active and turbulent atomic and molecular cloud, potentially from converging gas flows. The atomic carbon-to-CO gas mass ratios are low between 7% and 12% with the lowest values found toward the most quiescent region. In the three regions where [CII] is detected, its mass is always higher by a factor of a few than that of the atomic carbon. While the ionized carbon emission depends on the radiation field, we also find additional signatures that indicate that other processes, for example, energetic gas flows can contribute to the [CII] excitation as well.
Conclusions: Combining high-resolution maps in the different carbon phases reveals the dynamic interplay of the various phases of the interstellar medium during cloud formation. Extending these studies to more evolved stages and combining the observations with molecular cloud formation simulations including the chemistry and radiative transfer will significantly improve our understanding of the general interstellar medium, cloud, and star formation processes. 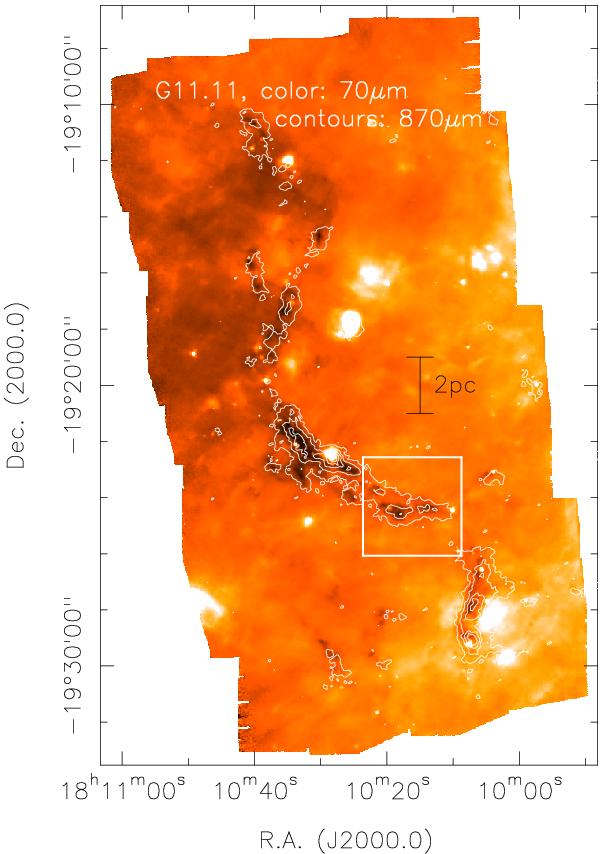