Reconstruction of total and spectral solar irradiance from 1974 to 2013 based on KPVT, SoHO/MDI, and SDO/HMI observations

Context. Total and spectral solar irradiance are key parameters in the assessment of solar influence on changes in the Earth's climate.
Aims: We present a reconstruction of daily solar irradiance obtained using the SATIRE-S model spanning 1974 to 2013 based on full-disc observations from the KPVT, SoHO/MDI, and SDO/HMI.
Methods: SATIRE-S ascribes variation in solar irradiance on timescales greater than a day to photospheric magnetism. The solar spectrum is reconstructed from the apparent surface coverage of bright magnetic features and sunspots in the daily data using the modelled intensity spectra of these magnetic structures. We cross-calibrated the various data sets, harmonizing the model input so as to yield a single consistent time series as the output.
Results: The model replicates 92% (R2 = 0.916) of the variability in the PMOD TSI composite including the secular decline between the 1996 and 2008 solar cycle minima. The model also reproduces most of the variability in observed Lyman-α irradiance and the Mg II index. The ultraviolet solar irradiance measurements from the UARS and SORCE missions are mutually consistent up to about 180 nm before they start to exhibit discrepant rotational and cyclical variability, indicative of unresolved instrumental effects. As a result, the agreement between model and measurement, while relatively good below 180 nm, starts to deteriorate above this wavelength. As with earlier similar investigations, the reconstruction cannot reproduce the overall trends in SORCE/SIM SSI. We argue, from the lack of clear solar cycle modulation in the SIM record and the inconsistency between the total flux recorded by the instrument and TSI, that unaccounted instrumental trends are present.
Conclusions: The daily solar irradiance time series is consistent with observations from multiple sources, demonstrating its validity and utility for climate models. It also provides further evidence that photospheric magnetism is the prime driver of variation in solar irradiance on timescales greater than a day. 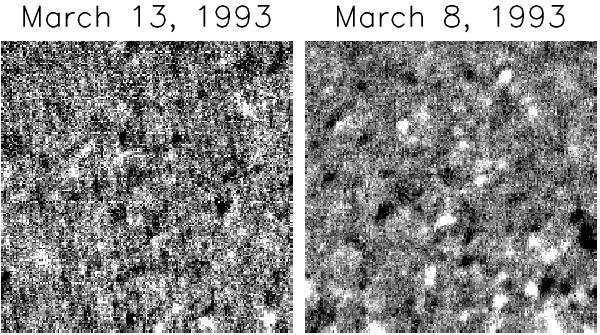