Observational appearance of inefficient accretion flows and jets in 3D GRMHD simulations: Application to Sagittarius A*

Context. Radiatively inefficient accretion flows (RIAFs) are believed to power supermassive black holes in the underluminous cores of galaxies. Such black holes are typically accompanied by flat-spectrum radio cores indicating the presence of moderately relativistic jets. One of the best constrained RIAFs is associated with the supermassive black hole in the Galactic center, Sgr A*.
Aims: Since the plasma in RIAFs is only weakly collisional, the dynamics and the radiative properties of these systems are very uncertain. Here we want to study the impact of varying electron temperature on the appearance of accretion flows and jets.
Methods: Using three-dimensional general relativistic magnetohydrodynamics accretion flow simulations, we use ray tracing methods to predict spectra and radio images of RIAFs allowing for different electron heating mechanisms in the in- and outflowing parts of the simulations.
Results: We find that small changes in the electron temperature can result in dramatic differences in the relative dominance of jets and accretion flows. Application to Sgr A* shows that radio spectrum and size of this source can be well reproduced with a model where electrons are more efficiently heated in the jet. The X-ray emission is sensitive to the electron heating mechanism in the jets and disk and therefore X-ray observations put strong constraints on electron temperatures and geometry of the accretion flow and jet. For Sgr A*, the jet model also predicts a significant frequency-dependent core shift which could place independent constraints on the model once measured accurately.
Conclusions: We conclude that more sophisticated models for electron distribution functions are crucial for constraining GRMHD simulations with actual observations. For Sgr A*, the radio appearance may well be dominated by the outflowing plasma. Nonetheless, at the highest radio frequencies, the shadow of the event horizon should still be detectable with future Very Long Baseline Interferometric observations. 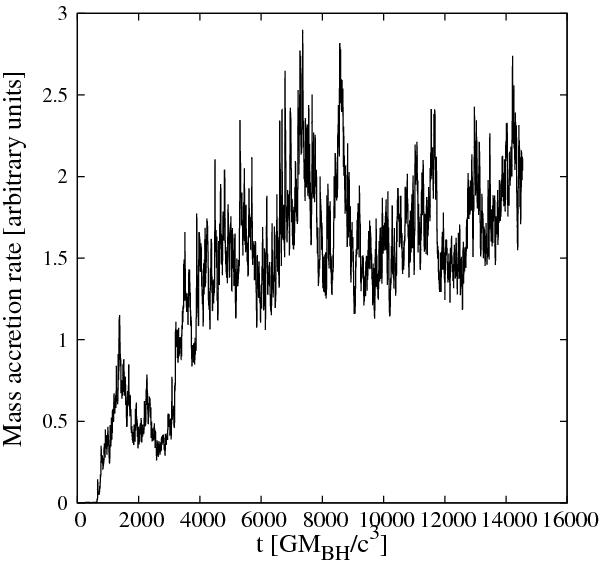