The role of diffuse photospheric magnetic elements in the energy budget of the upper layers of the Sun's atmosphere has been the recent subject of many studies. This was made possible by the availability of high temporal and spatial resolution observations of the solar photosphere, allowing large numbers of magnetic elements to be tracked to study their dynamics. In this work we exploit a long temporal series of seeing-free magnetograms of the solar photosphere to study the effect of the turbulent convection on the excitation of kink oscillations in magnetic elements. We make use of the empirical mode decomposition technique in order to study the transverse oscillations of several magnetic flux tubes. This technique permits analysis of non-stationary time series like those associated to the horizontal velocities of these flux tubes, which are continuously advected and dispersed by granular flows. Our primary findings reveal the excitation of low frequency modes of kink oscillations, which are subharmonics of a fundamental mode with a 7.6 ± 0.2 min periodicity. These results constitute observational proof of the excitation of kink waves by the buffeting of the convection cells in the solar photosphere, and they are discussed in light of their possible role in the energy budget of the upper Sun's atmosphere. 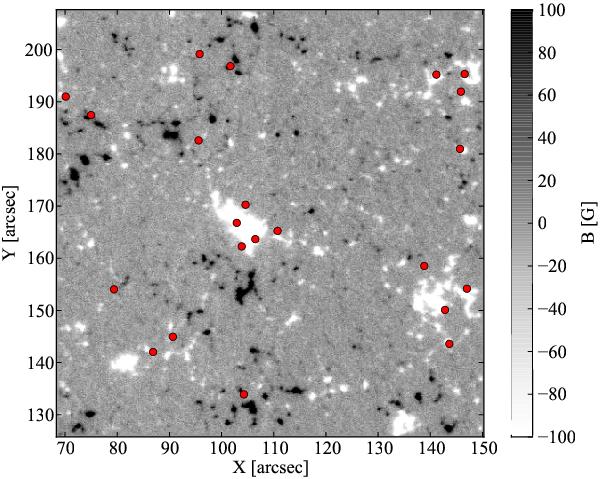