Context. Luminous BA-type supergiants are the brightest stars in the visible that can be observed in distant galaxies and are potentially accurate distance indicators. The impact of the variability of the stellar winds on the distance determination remains poorly understood.
Aims: Our aim is to probe the inhomogeneous structures in the stellar wind using spectro-interferometric monitoring.
Methods: We present a spatially resolved, high-spectral resolution (R = 12 000) K-band temporal monitoring of the bright supergiant (, B8 Iab) using AMBER at the Very Large Telescope Interferometer (VLTI). was observed in the Brγ line and its nearby continuum once per month over 3 months in 2006-2007, and 5 months in 2009-2010. These unprecedented observations were complemented by contemporaneous optical high-resolution spectroscopy. We analyse the near-IR spectra and visibilities with the 1D non-LTE radiative-transfer code CMFGEN. The differential and closure phase signals are evidence of asymmetries that are interpreted as perturbations of the wind.
Results: A systematic visibility decrease is observed across the Brγ line indicating that at a radius of about 1.25 R∗ the photospheric absorption is filled by emission from the wind. During the 2006-2007 period the Brγ and likely the continuum forming regions were larger than in the 2009-2010 epoch. Using CMFGEN we infer a mass-loss rate change of about 20% between the two epochs. We also find time variations in the differential visibilities and phases. The 2006-2007 period is characterised by noticeable variations in the differential visibilities in Doppler position and width and by weak variations in differential and closure phase. The 2009-2010 period is much quieter with virtually no detectable variations in the dispersed visibilities but a strong S-shaped signal is observed in differential phase coinciding with a strong ejection event discernible in the optical spectra. The differential phase signal that is sometimes detected is reminiscent of the signal computed from hydrodynamical models of corotating interaction regions. For some epochs the temporal evolution of the signal suggests the rotation of the circumstellar structures.

Based on observations collected at the European Southern Observatory (ESO Programmes 078.D-0355 and 084.D-0393) and at the Observatorio Cerro Armazones (OCA) in Chile.Appendices are available in electronic form at http://www.aanda.orgReduced BESO data are only available at the CDS via anonymous ftp to http://cdsarc.u-strasbg.fr (ftp://130.79.128.5) or via http://cdsarc.u-strasbg.fr/viz-bin/qcat?J/A+A/566/A125 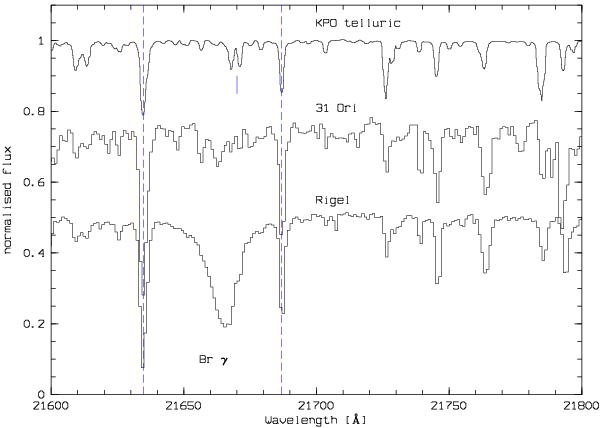