We present deep H i imaging of the nearby spiral galaxy NGC 4414, taken as part of the Westerbork HALOGAS (Hydrogen Accretion in LOcal GAlaxieS) survey. The observations show that NGC 4414 can be characterized by a regularly rotating inner H i disk, and a more disturbed outer disk. Modeling of the kinematics shows that the outer disk is best described by a U-shaped warp. Deep optical imaging also reveals the presence of a low surface brightness stellar shell, indicating a minor interaction with a dwarf galaxy at some stage in the past. Modeling of the inner disk suggests that about 4 percent of the inner H i is in the form of extra-planar gas. Because of the disturbed nature of the outer disk, this number is difficult to constrain for the galaxy as a whole. These new, deep observations of NGC 4414 presented here show that even apparently undisturbed galaxies are interacting with their environment. 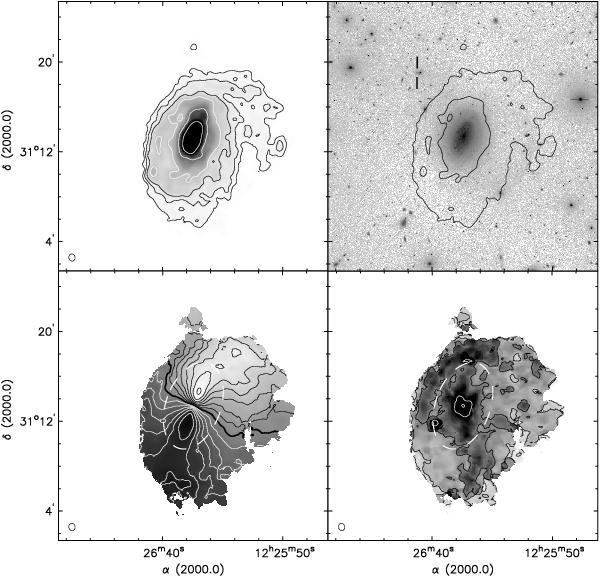