Context. The present knowledge of stellar properties and dynamical structure of early-type multiple stellar systems is insufficient to offer useful statistical constraints for stellar formation models.
Aims: To increase the amount of observational information about the characteristics of early-type multiples, we carried out a spectroscopic monitoring to search for new spectroscopic components and to determine their orbits.
Methods: We observed 30 early-type multiple systems using the 2.15 m telescope and REOSC echelle spectrograph at the Complejo Astronómico El Leoncito (CASLEO) during 10 observing runs between 2008 and 2013. We measured radial velocities by cross-correlations and applied a spectral disentangling method to double-lined systems. We calculated orbital elements for the inner subsystem of each analysed multiple.
Results: In this first paper we present calculated orbits for six previously catalogued subsystems. Three subsystems had no previously published parameters, while we obtained more accurate orbits for the other three. In one case we found absolute masses and radii for the components by using available photometric data.
Conclusions: The long-term spectroscopic monitoring of multiple systems is a useful method of investigating the companions in intermediate hierarchical levels, particularly those that could affect the dynamical evolution of a close inner binary subsystem. 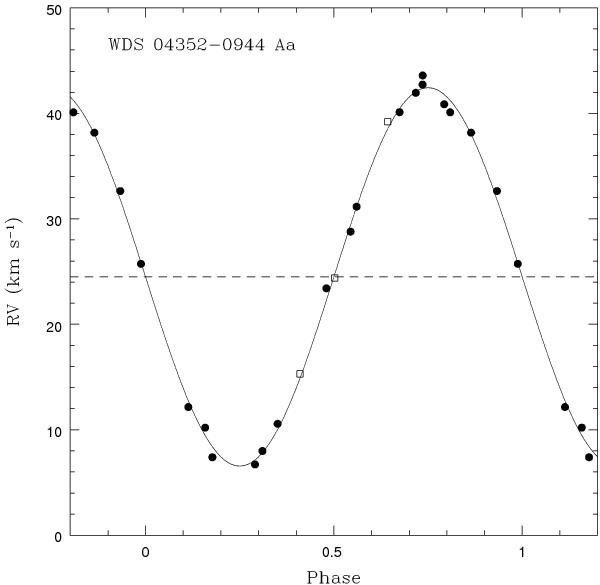