Using Planck data combined with the Meta Catalogue of X-ray detected Clusters of galaxies (MCXC), we address the study of peculiar motions by searching for evidence of the kinetic Sunyaev-Zeldovich effect (kSZ). By implementing various filters designed to extract the kSZ generated at the positions of the clusters, we obtain consistent constraints on the radial peculiar velocity average, root mean square (rms), and local bulk flow amplitude at different depths. For the whole cluster sample of average redshift 0.18, the measured average radial peculiar velocity with respect to the cosmic microwave background (CMB) radiation at that redshift, i.e., the kSZ monopole, amounts to 72 ± 60 km s-1. This constitutes less than 1% of the relative Hubble velocity of the cluster sample with respect to our local CMB frame. While the linear ΛCDM prediction for the typical cluster radial velocity rms at z = 0.15 is close to 230 km s-1, the upper limit imposed by Planck data on the cluster subsample corresponds to 800 km s-1 at 95% confidence level, i.e., about three times higher. Planck data also set strong constraints on the local bulk flow in volumes centred on the Local Group. There is no detection of bulk flow as measured in any comoving sphere extending to the maximum redshift covered by the cluster sample. A blind search for bulk flows in this sample has an upper limit of 254 km s-1 (95% confidence level) dominated by CMB confusion and instrumental noise, indicating that the Universe is largely homogeneous on Gpc scales. In this context, in conjunction with supernova observations, Planck is able to rule out a large class of inhomogeneous void models as alternatives to dark energy or modified gravity. The Planck constraints on peculiar velocities and bulk flows are thus consistent with the ΛCDM scenario. 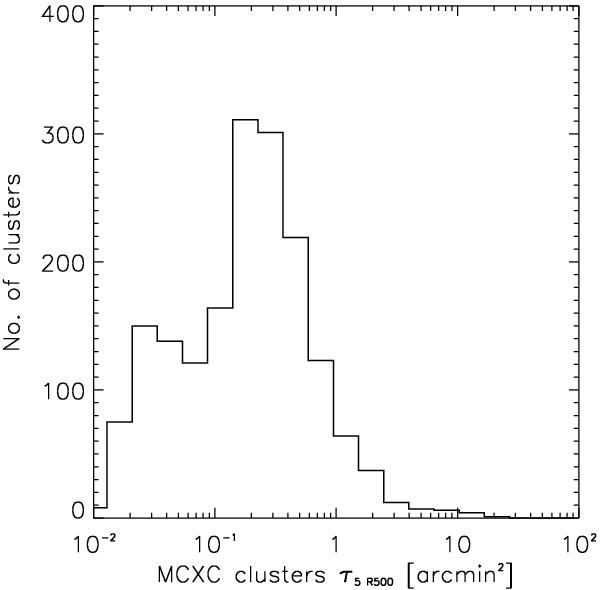