Context. The Mass loss of Evolved StarS (MESS) sample observed with PACS on board the Herschel Space Observatory revealed that several asymptotic giant branch (AGB) stars are surrounded by an asymmetric circumstellar envelope (CSE) whose morphology is most likely caused by the interaction with a stellar companion. The evolution of AGB stars in binary systems plays a crucial role in understanding the formation of asymmetries in planetary nebulæ (PNe), but at present, only a handful of cases are known where the interaction of a companion with the stellar AGB wind is observed.
Aims: We probe the environment of the very evolved AGB star π1 Gruis on large and small scales to identify the triggers of the observed asymmetries.
Methods: Observations made with Herschel/PACS at 70 μm and 160 μm picture the large-scale environment of π1 Gru. The close surroundings of the star are probed by interferometric observations from the VLTI/AMBER archive. An analysis of the proper motion data of Hipparcos and Tycho-2 together with the Hipparcos Intermediate Astrometric Data help identify the possible cause for the observed asymmetry.
Results: The Herschel/PACS images of π1 Gru show an elliptical CSE whose properties agree with those derived from a CO map published in the literature. In addition, an arc east of the star is visible at a distance of 38″ from the primary. This arc is most likely part of an Archimedean spiral caused by an already known G0V companion that is orbiting the primary at a projected distance of 460 au with a period of more than 6200 yr. However, the presence of the elliptical CSE, proper motion variations, and geometric modelling of the VLTI/AMBER observations point towards a third component in the system, with an orbital period shorter than 10 yr, orbiting much closer to the primary than the G0V star. 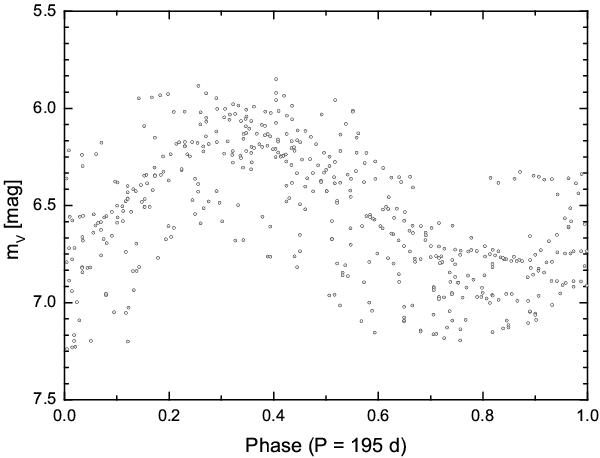