HD 152246: a new high-mass triple system and its basic properties

Analyses of multi-epoch, high-resolution (R ~ 50 000) optical spectra of the O-type star HD 152246 (O9 IV according to the most recent classification), complemented by a limited number of earlier published radial velocities, led to the finding that the object is a hierarchical triple system, where a close inner pair (Ba-Bb) with a slightly eccentric orbit (e = 0.11) and a period of 6.^d0049 revolves in a 470-day highly eccentric orbit (e = 0.865) with another massive and brighter component A. The mass ratio of the inner system must be low since we were unable to find any traces of the secondary spectrum. The mass ratio A/(Ba+Bb) is 0.89. The outer system has recently been resolved using long-baseline interferometry on three occasions. The interferometry confirms the spectroscopic results and specifies elements of the system. Our orbital solutions, including the combined radial-velocity and interferometric solution indicate an orbital inclination of the outer orbit of 112° and stellar masses of 20.4 and 22.8 M⊙. We also disentangled the spectra of components A and Ba and compare them to synthetic spectra from two independent programmes, TLUSTY and FASTWIND. In either case, the fit was not satisfactory and we postpone a better determination of the system properties for a future study, after obtaining observations during the periastron passage of the outer orbit (the nearest chance being March 2015). For the moment, we can only conclude that component A is an O9 IV star with v sin i = 210 ± 10 km s-1and effective temperature of 33 000 ± 500 K, while component Ba is an O9 V object with v sin i = 65 ± 3 km s-1and Teff = 33 600 ± 600 K. 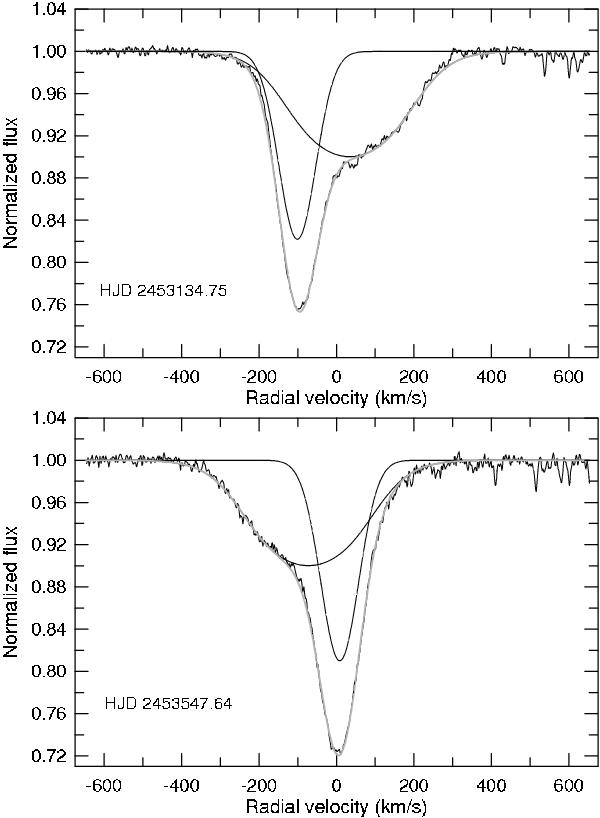