The detection of Earth-mass planets around active stars. The mass of Kepler-78b

Kepler-78b is a transiting Earth-mass planet in an 8.5 h orbit discovered by the Kepler Space Mission. We performed an analysis of the published radial velocity measurements for Kepler-78 in order to derive a refined measurement for the planet mass. Kepler-78 is an active star and radial velocity variations due to activity were removed using a floating chunk offset (FCO) method where an orbital solution was made to the data by allowing the velocity offsets of individual nights to vary. We show that if we had no a priori knowledge of the transit period the FCO method, used as a periodogram, would still have detected Kepler-78b in the radial velocity data. It can thus be effective at finding unknown short-period signals in the presence of significant activity noise.Using the FCO method while keeping the ephemeris and orbital phase fixed to the photometric values and using only data from nights where 6-10 measurements were taken results in a K-amplitude of 1.34 ± 0.25 m s-1, a planet mass of 1.31 ± 0.24 M⊕, and a planet density of ρ = 4.5-2.0+2.2 g cm-3. Allowing the orbital phase to be a free parameter reproduces the transit phase to within the uncertainty. The corresponding density implies that Kepler-78b may have a structure that is deficient in iron and is thus more like the Moon. Although the various approaches that were used to filter out the activity of Kepler-78 produce consistent radial velocity amplitudes to within the errors, these are still too large to constrain the structure of this planet. The uncertainty in the mass for Kepler-78b is large enough to encompass models with structures ranging from Mercury-like (iron enriched) to Moon-like (iron deficient). A more accurate K-amplitude as well as a better determination of the planet radius are needed to distinguish between these models. 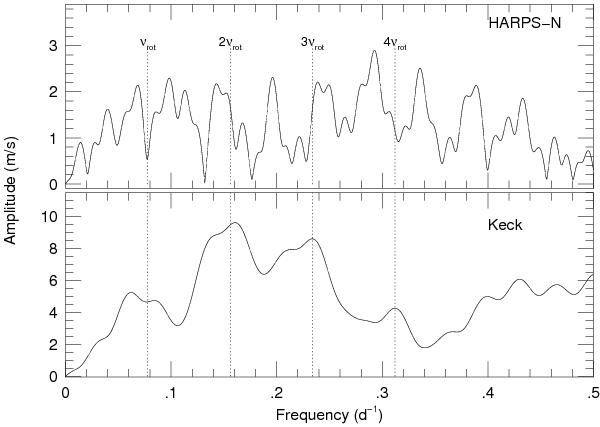