Superclusters are the largest observed matter density structures in the Universe. Recently, we presented the first supercluster catalogue constructed with a well-defined selection function based on the X-ray flux-limited cluster survey, REFLEX II. To construct the sample we proposed a concept to find large objects with a minimum overdensity such that it can be expected that most of their mass will collapse in the future. The main goal is to provide support for our concept here by using simulation that we can, on the basis of our observational sample of X-ray clusters, construct a supercluster sample defined by a certain minimum overdensity. On this sample we also test how superclusters trace the underlying dark matter distribution. Our results confirm that an overdensity in the number of clusters is tightly correlated with an overdensity of the dark matter distribution. This enables us to define superclusters within which most of the mass will collapse in the future. We also obtain first-order mass estimates of superclusters on the basis of the properties of the member clusters. We also show that in this context the ratio of the cluster number density and dark matter mass density is consistent with the theoretically expected cluster bias. Our previous work provided evidence that superclusters are a special environment in which the density structures of the dark matter grow differently from those in the field, as characterised by the X-ray luminosity function. Here we confirm for the first time that this originates from a top-heavy mass function at high statistical significance that is provided by a Kolmogorov-Smirnov test. We also find in close agreement with observations that the superclusters only occupy a small volume of a few per cent, but contain more than half of the clusters in the present-day Universe. 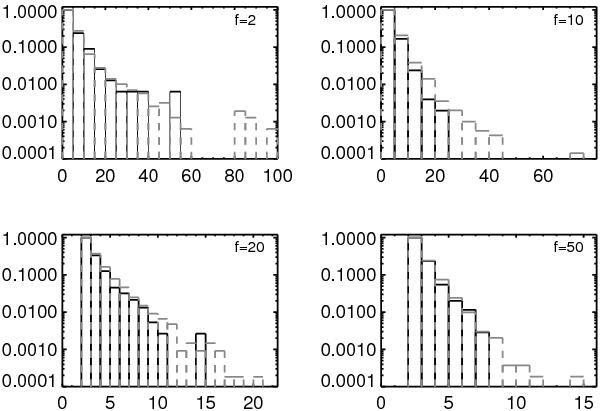