Context. In February 2011, the two STEREO spacecrafts reached a separation of 180 degrees in longitude, offering a complete view of the Sun for the first time ever. When the full Sun surface is visible, source active regions of solar energetic particle (SEP) events can be identified unambiguously. STEREO, in combination with near-Earth observatories such as ACE or SOHO, provides three well separated viewpoints, which build an unprecedented platform from which to investigate the longitudinal variations of SEP events.
Aims: We show an ensemble of SEP events that were observed between 2009 and mid-2013 by at least two spacecrafts and show a remarkably wide particle spread in longitude (wide-spread events). The main selection criterion for these events was a longitudinal separation of at least 80 degrees between active region and spacecraft magnetic footpoint for the widest separated spacecraft. We investigate the events statistically in terms of peak intensities, onset delays, and rise times, and determine the spread of the longitudinal events, which is the range filled by SEPs during the events. Energetic electron anisotropies are investigated to distinguish the source and transport mechanisms that lead to the observed wide particle spreads.
Methods: According to the anisotropy distributions, we divided the events into three classes depending on different source and transport scenarios. One potential mechanism for wide-spread events is efficient perpendicular transport in the interplanetary medium that competes with another scenario, which is a wide particle spread that occurs close to the Sun. In the latter case, the observations at 1 AU during the early phase of the events are expected to show significant anisotropies because of the wide injection range at the Sun and particle-focusing during the outward propagation, while in the first case only low anisotropies are anticipated.
Results: We find events for both of these scenarios in our sample that match the expected observations and even different events that do not agree with the scenarios. We conclude that probably both an extended source region at the Sun and perpendicular transport in the interplanetary medium are involved for most of these wide-spread events. 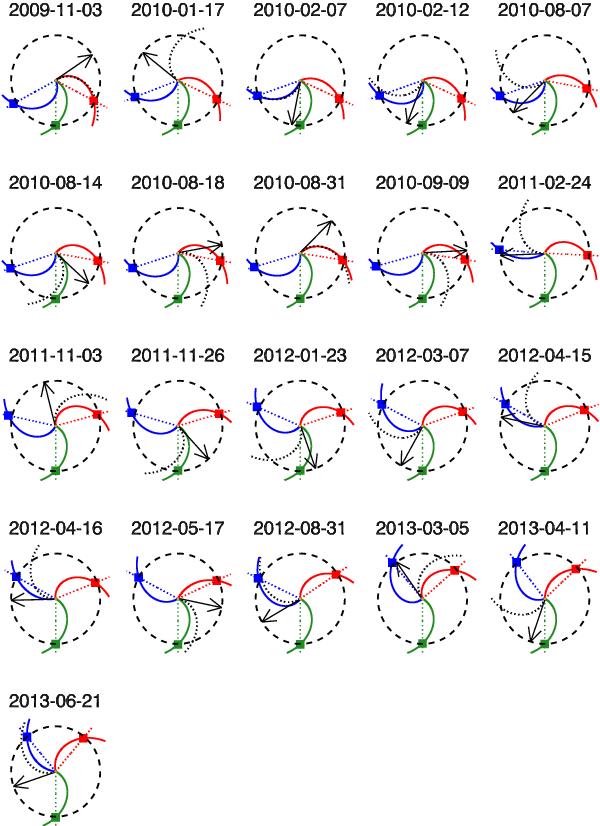