We develop a method to estimate the power spectrum of a stochastic process on the sphere from data of limited geographical coverage. Our approach can be interpreted either as estimating the global power spectrum of a stationary process when only a portion of the data are available for analysis, or estimating the power spectrum from local data under the assumption that the data are locally stationary in a specified region. Restricting a global function to a spatial subdomain -- whether by necessity or by design -- is a windowing operation, and an equation like a convolution in the spectral domain relates the expected value of the windowed power spectrum to the underlying global power spectrum and the known power spectrum of the localization window. The best windows for the purpose of localized spectral analysis have their energy concentrated in the region of interest while possessing the smallest effective bandwidth as possible. Solving an optimization problem in the sense of Slepian (1960) yields a family of orthogonal windows of diminishing spatiospectral localization, the best concentrated of which we propose to use to form a weighted multitaper spectrum estimate in the sense of Thomson (1982). Such an estimate is both more representative of the target region and reduces the estimation variance when compared to estimates formed by any single bandlimited window. We describe how the weights applied to the individual spectral estimates in forming the multitaper estimate can be chosen such that the variance of the estimate is minimized. 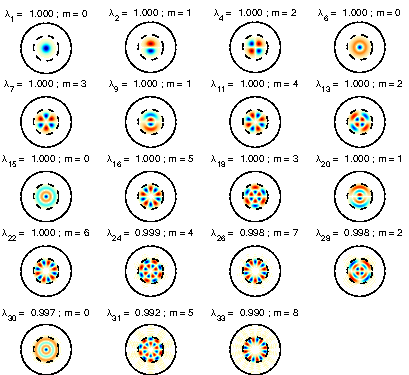