It is generally thought that galaxies are embedded in dark matter halos extending well beyond their luminous matter. The existence of these galactic halos is mainly derived from the larger than expected velocities of stars and gas in the outskirts of spiral galaxies. Much less is known about dark matter around early-type (elliptical or lenticular) galaxies. We use gravitational lensing to derive the masses of early-type galaxies deflecting light of background quasars. This provides a robust measurement of the total mass within the Einstein ring, a circle whose diameter is comparable to the separation of the different quasar images. We find that the mass-to-light ratio of the lensing galaxies does not depend on radius, from inner galactic regions out to several half-light radii. Moreover, its value does not exceed the value predicted by stellar population models by more than a factor two, which may be explained by baryonic dark matter alone, without any need for exotic matter. Our results thus suggest that, if dark matter is present in early-type galaxies, its amount does not exceed the amount of luminous matter and its density follows that of luminous matter, in sharp contrast to what is found from rotation curves of spiral galaxies. 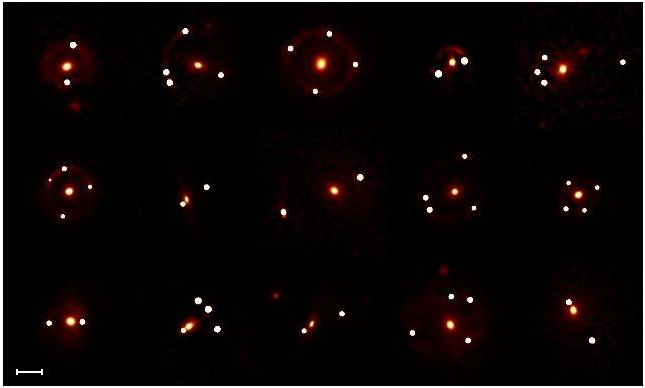