We impose constraints on the topology of the Universe determined from a search for matched circles in the cosmic microwave background (CMB) temperature anisotropy patterns of the 7-year WMAP data. We pay special attention to the sensitivity of the method to residual foreground contamination of the sky maps. A search for pairs of matched back-to-back circles in the higher resolution WMAP W-band map allows tighter constraints to be imposed on topology. Our results rule out universes with topologies that predict pairs of such circles with radii larger than approximately 10 degrees. This places a lower bound on the size of the fundamental domain for a flat universe of about 27.9 Gpc. We study also the possibility for constraining the topology of the Universe by means of the matched circles statistic applied to polarised CMB anisotropy maps. The advantages of using the CMB polarisation maps in studies of the topology over simply analysing the temperature data as has been done to-date are clearly demonstrated. It is found that the noise levels of both Planck and next generation CMB experiments data are no longer prohibitive and should be low enough to enable the use of the polarisation maps for such studies. 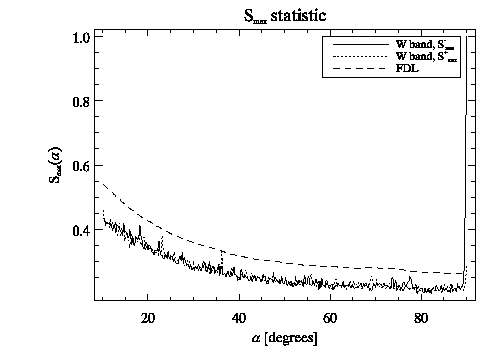