A preliminary reconstruction of the orbit of the Chelyabinsk Meteoroid

In February 15 2013 a medium-sized meteoroid impacted the atmosphere in the region of Chelyabinsk, Russia. After its entrance to the atmosphere and after travel by several hun- dred of kilometers the body exploded in a powerful event responsible for physical damages and injured people spread over a region enclosing several large cities. We present in this letter the results of a preliminary reconstruction of the orbit of the Chelyabinsk meteoroid. Using evidence gathered by one camera at the Revolution Square in the city of Chelyabinsk and other videos recorded by witnesses in the close city of Korkino, we calculate the trajectory of the body in the atmosphere and use it to reconstruct the orbit in space of the meteoroid previous to the violent encounter with our planet. In order to account for the uncertainties implicit in the determination of the trajectory of the body in the atmosphere, we use Monte Carlo methods to calculate the most probable orbital parameters. We use this result to classify the meteoroid among the near Earth asteroid families finding that the parent body belonged to the Apollo asteroids. Although semimajor axis and inclination of the preliminary orbit computed by us are uncertain, the rest of orbital elements are well constrained in this preliminary reconstruction. 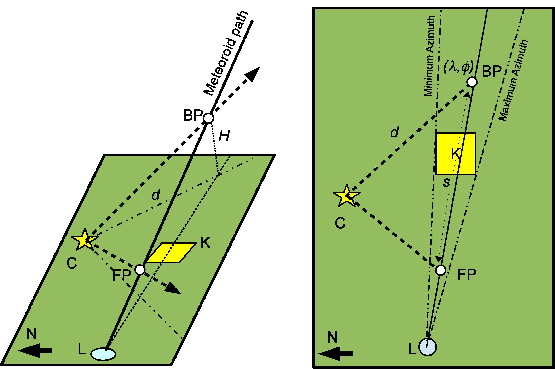