Young star clusters (SCs) are the cradle of stars and the site of important dynamical processes. We present N-body simulations of young SCs including recipes for metal-dependent stellar evolution and mass loss by stellar winds. We show that metallicity affects significantly the collapse and post-core collapse phase, provided that the core collapse timescale is of the same order of magnitude as the lifetime of massive stars. In particular, the reversal of core collapse is faster for metal-rich SCs, where stellar winds are stronger. As a consequence, the half-mass radius of metal-poor SCs expands more than that of metal-rich SCs. 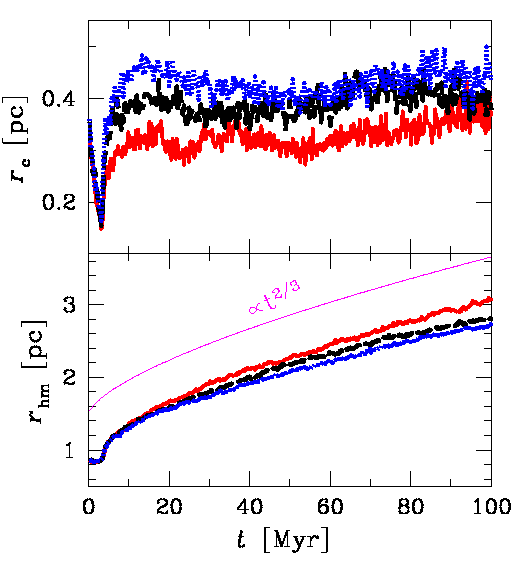