Properties of oscillatory motions in a facular region


Aims: We study the properties of waves in a facular region of moderate strength in the photosphere and chromosphere. Our aim is to statistically analyse the wave periods, power, and phase relations as a function of the magnetic field strength and inclination.
Methods: Our work is based on observations obtained at the German Vacuum Tower Telescope (Observatorio del Teide, Tenerife) using two different instruments: the Triple Etalon SOlar Spectrometer (TESOS) in the Ba ii 4554 Å line to measure velocity and intensity variations through the photosphere and, simultaneously, the Tenerife Infrared Polarimeter (TIP-II), in the Fe i 1.56 μm lines to measure the Stokes parameters and magnetic field strength in the lower photosphere. Additionally, we use the simultaneous broad-band filtergrams in the Ca ii H line to obtain information about intensity oscillations in the chromosphere.
Results: We find several clear trends in the oscillation behaviour: (i) the period of oscillation increases by 15-20% with the magnetic field increasing from 500 to 1500 G. (ii) The temperature-velocity phase shifts show a strikingly different distribution in the facular region compared to the quiet region, a significant number of cases in the range from - 180° to 180° is detected in the facula. (iii) The most powerful chromospheric Ca ii H intensity oscillations are observed at locations with strong magnetic fields (1.3-1.5 kG) inclined by 10-12 degrees, as a result of upward propagating waves with rather low phase speeds, and temperature-velocity phase shifts between 0° and 90°. (iv) The power of the photospheric velocity oscillations from the Ba ii line increases linearly with decreasing magnetic field inclination, reaching its maximum at strong field locations. 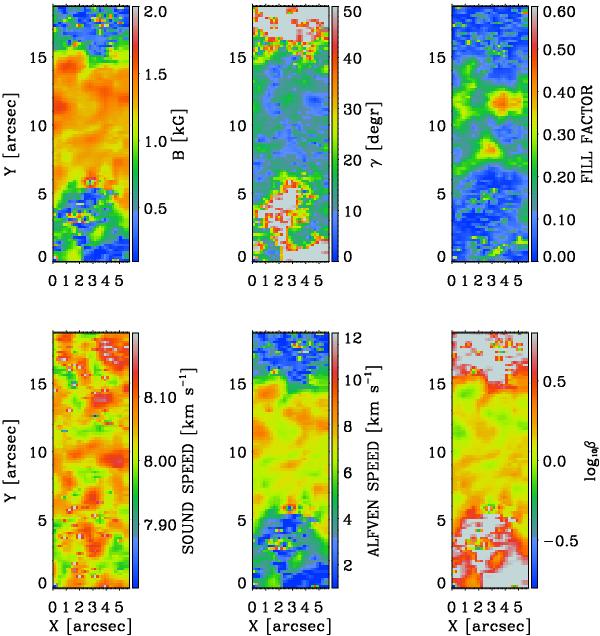